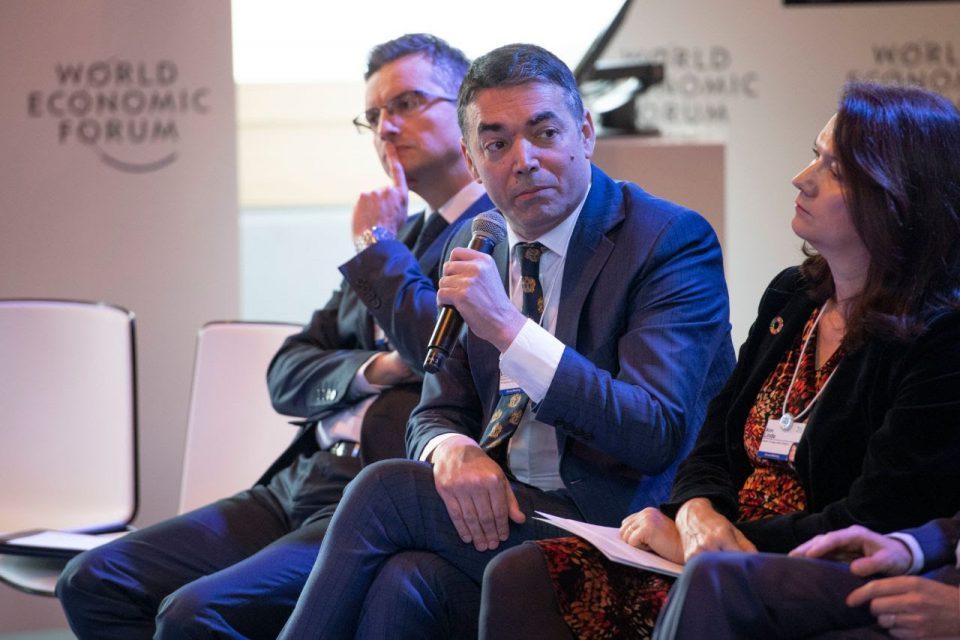 It is high time for our country to take a step forward on its European path – the opening of the deserved accession negotiations with the EU, Foreign Minister Nikola Dimitrov said Tuesday during the “Diplomatic Dialogue on the Western Balkans” session, held as part of the World Economic Forum in Davos.

Making the long-awaited decision during Croatia’s presidency ahead of the Zagreb Summit is of interest not only to the country and the region but also to the EU itself and to the credibility of the European perspective, the foreign minister said.

Dimitrov stressed that in the meantime every idea that would contribute to a faster start of Macedonia’s EU accession talks and would make the negotiations more efficient, stricter and fairer, more substantial and credible, was welcomed.

On the sidelines of the Forum, Dimitrov had brief meetings with the prime ministers of Bulgaria and Croatia.

At the meeting with Croatian Prime Minister Andrej Plenkovic, Minister Dimitrov thanked him personally, and Croatia, as the country holding the EU Presidency, for the active support for Macedonia’s EU integration process, keeping our country’s issue high on the EU agenda.