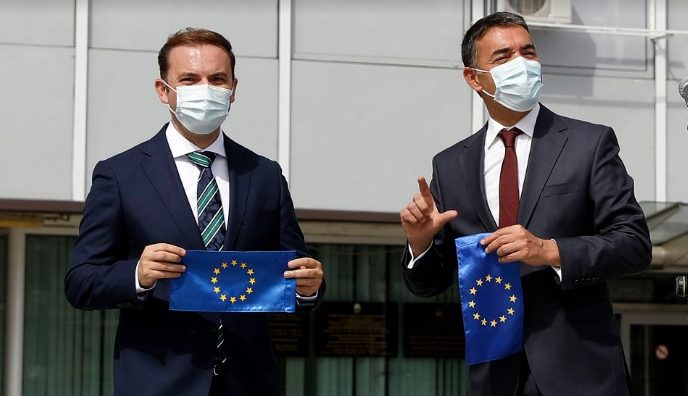 Former Foreign Minister Nikola Dimitrov is conducting a series of international visits, that have raised the issue of whether his well known dispute with his successor Bujar Osmani will affect the tense negotiations with Bulgaria.

Dimitrov was one of the key proponents of the policy of making unilateral concessions to our more powerful neighbors – primarily Greece – in exchange for their green light to allow Macedonia join NATO. But this policy of appeasement only increased Bulgarian appetites and now Macedonia is blocked from opening its EU accession talks by Bulgaria. 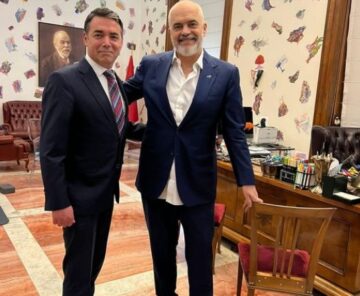 Osmani, who is an ethnic Albanian, supports making major new concessions with the Macedonian national identity, but Dimitrov surprisingly came out strongly against the policy he once favored and now warns that Osmani is going too far. And he is not willing to quietly stay in retirement after he was denied a seat in the Kovacevski Government. He visited Tirana, for a meeting with Albanian Prime Minister Edi Rama, where they discussed the betrayed EU promises to both countries. He is outspoken in his criticism of Bulgaria, mainly its hard-line President Rumen Radev. And is visiting Paris for meeting with French decision makers. The outcome could be even more confusion in the way the country’s foreign policy is presented and promoted.

Macedonian diplomats are trapped in Kiev