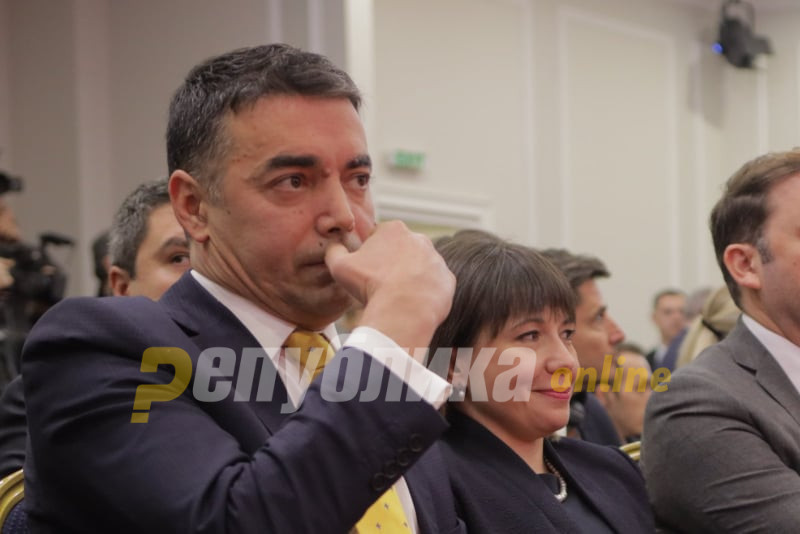 One of the key messages conveyed yesterday by EU Enlargement Commissioner Olivér Várhelyi during his visit to Skopje was characterized by consistency, involving his hopes and expectation that the law on public prosecution will be adopted by Parliament before it dissolves ahead of the April election, Foreign Minister Nikola Dimitrov said in an interview with MIA, following his meeting with Várhelyi, who had previously met with all senior state officials in the country, with the government and the opposition. Dimitrov had the opportunity to attend three of those meetings and he believes the issue of the public prosecution law before the election was raised at all meetings.

The diplomat emphasized that our country is now put to test whether it can rise above the electoral context, and in that case, in March, as Dimitrov said, “we might declare a joint victory for both the ruling party and the opposition, for the people, and in a way for the whole society or we will make this subject to intra-party squabbles.”

He adds that we will soon find out how this law will be passed in the current Parliament composition, and in the interview with the Minister of Foreign Affairs it was also discussed about the Prespa Agreement and its implementation, the possibility of its abolition as announced by the leader of VMRO-DPMNE, the relations with Mitsotakis, the new foreign ministry law, the concept of interim government and on his expectations of the upcoming elections.

Di Maio: Regardless of methodology, EU talks shouldn’t be delayed