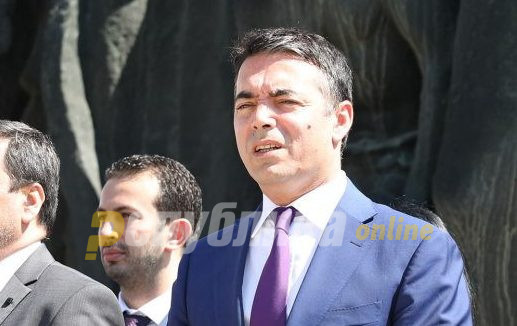 Minister Dimitrov received this job offer in America in the period prior to the signing of the Prespa Agreement, personally from the former US ambassador to NATO Victoria Nuland, now also part of this institute and from her colleague Amanda Sloat, who is said to have partly helped draft the agreement with Greece.

Minister Dimitrov has already held several talks with the responsible manager of this research-political institute, over the position, the work tasks, and the monthly salary that would amount to about 12-14 thousand dollars gross. Dimitrov also informed Prime Minister Zaev about this backup option in early March this year, after seeing that he would definitely not be the government’s candidate for the country’s president, an offer he sincerely hoped for and expected after putting his signature for “North Macedonia” on the Prespa Agreement.

After these developments Dimitrov felt used and was disappointed, diplomatic sources say. At the same time, Dimitrov did not feel most comfortable among his compatriots in the country because of the polarized atmosphere created after the signing of the Prespa Agreement, which is disputable and humiliating for many Macedonians.

The Brookings Institution is a nonprofit public policy organization based in Washington, DC, whose mission is to conduct in-depth research that leads to new ideas for solving problems facing society at the local, national and global level. The institute brings together about 200 domestic and foreign (visiting) experts and is considered closer to the Democratic Party as it had many former advisers, diplomats and retired generals who were close associates of former President Barack Obama and Hillary Clinton.

According to diplomatic sources, Minister Nikola Dimitrov has already arranged his working engagement in America as a senior foreign policy adviser with a monthly salary of 12-14 thousand dollars. Ten days ago Dimitrov personally visited this institute in Washington, DC, where he met with the officials responsible for his employment as of June this year.

Dimitrov: EU to show it is serious about enlargement

Dimitrov: If negotiations don’t start, our country, Bulgaria and EU will be losers