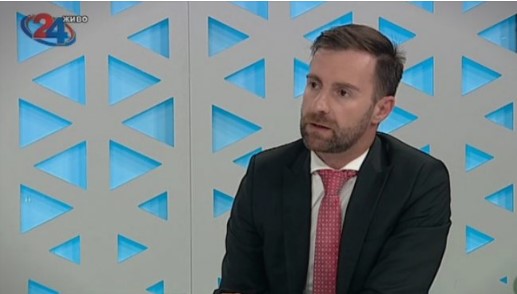 Following Zoran Zaev’s prank calls scandal, VMRO-DPMNE member of Parliament Ilija Dimovski observed that Macedonia has no chance of having its church recognized by the Ecumenical Patriarch. In the three recorded conversations, Russian comedian Lexus who was pretending to be the then Ukrainian President Petro Porosenko told Zaev that he should pay a bribe of 100.000 EUR to the Ecumenical Patriarch Bartholomew to win his approval for the recognition of the Macedonian Orthodox Church. Zaev raises no objections to the proposal, in fact he immediately agrees to pay the may, sayings it’s natural, understandable, and in subsequent messages he inquired further with “Petro Porosenko” about the church recognition.

After the leaking of these calls, for as long as Bartholmew lives, the Macedonian Orthodox Church has no hope of being recognized by him, Dimovski said, presenting the scandal as a major insult for the Patriarch.

Patriarch Bartholomew recently recognized the Ukrainian Orthodox Church as independent from the Russian church, and it was widely rumored that similar deals are in the works with the Macedonian and Montenegrin churches, which demand independence from the Serbian church. But, given that Bartholomew is Greek, it was always considered that him agreeing to recognize the Macedonian church will be a tall order.

Dimovski added that the scandal risks undermining Macedonia’s relations with a host of countries such as Russia, Turkey, Kosovo and Serbia, given Zaev’s completely indiscreet comments, all after his right hand man Dragi Raskovski was recorded insulting France, Italy and Spain, and using a series of racist slurs.

Ultimately, we have Zaev accusing others of spreading “fake news”, while he himself is meeting with the man known in Austria as the main producer of “fake news”, Tal Siberstein, a man who was charged in Israel, Romania and Austria for his fake news propaganda and corruption. And Zaev sends his picture with Silberstein to the the fake Porosenko at 1 in the morning. We’ve had a man charged with corruption and spreading fake news have a late night visit to his Government, Dimovski added.