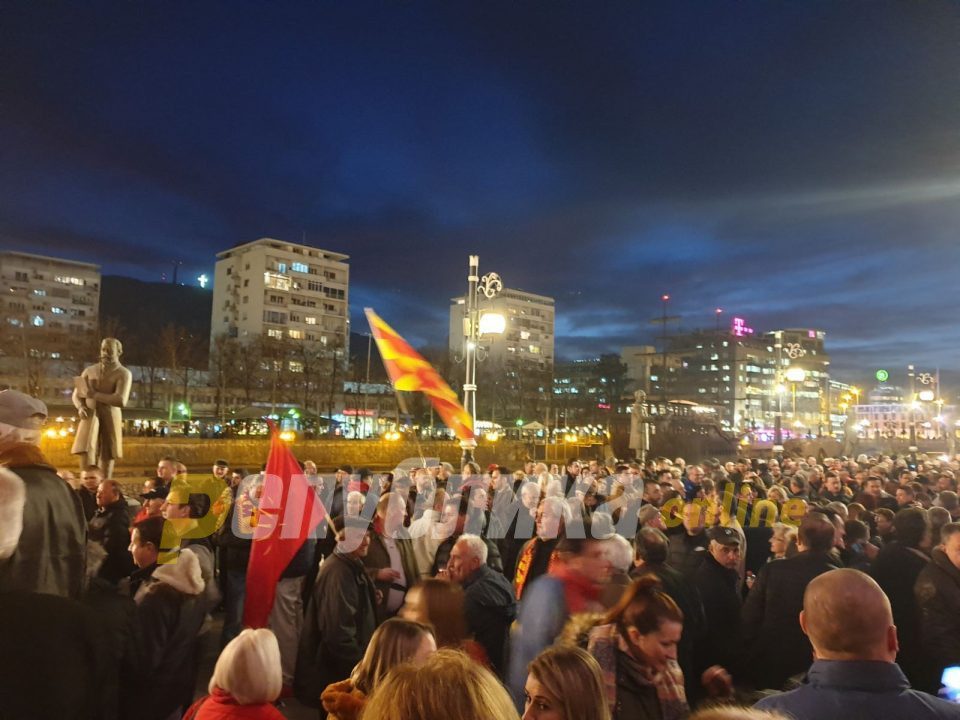 We are here tonight to say that justice is being attacked by injustice, to tell the truth that the judiciary and the prosecution are brutally suppressed, VMRO-DPMNE leader Hristijan Mickoski said in his address at the protest against he injustices Zoran Zaev’s government inflicted on Macedonia.

Mickoski started the speech with a greeting to the members of the Ministry of Interior. He emphasized that the audio material proves and shows the mafia. The mafia that rules every government’s pore that should be independent but which is not! 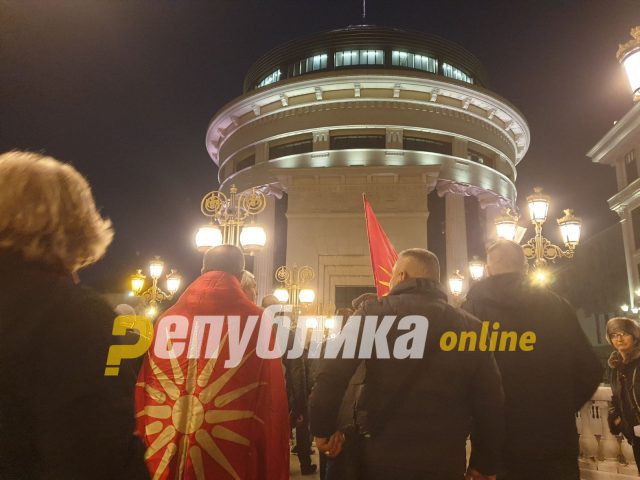 A mafia that took away freedom and justice. A mafia that for three years has been an ally with crime that remains unpunished. A mafia that releases killers of young children while the prime minister takes selfies with the killers, while the parents of Smilkovsko victims live with grief and bitterness in the heart because of the injustices with the thought that the killers are at large. A mafia that dictates charges, dictates judges’ verdicts. A mafia that nurtures Zaev’s hybrid regime as his kingdom. And there are several responsible for this, but one is the most guilty, and that is Zoran Zaev. Zoran Zaev is guilty because he is at the same time prime minister, prosecutor and judge. He is guilty because he is a chief racketeer, negotiator, chief entertainer when it comes to gaffes, but also a trader with the vital organs of our Macedonia. And as we have learned so far, it is not difficult for a person to steal, act, embarrass himself, but just do not ask him to be honest, because he is dishonest from head to toe. And the easiest thing is not to tell the truth. Because he does it best apart from stealing, Mickoski said.

In his MIA interview, SDSM party leader Zoran Zaev repeated his highly controversial position that the Macedonians are a “multiethnic nation”, which illustrates the confusion caused by the treaties Zaev signed with Greece and Bulgaria. We are friends with our five neighbors, the whole democratic...
Macedonia 04.07.20 | 21:46