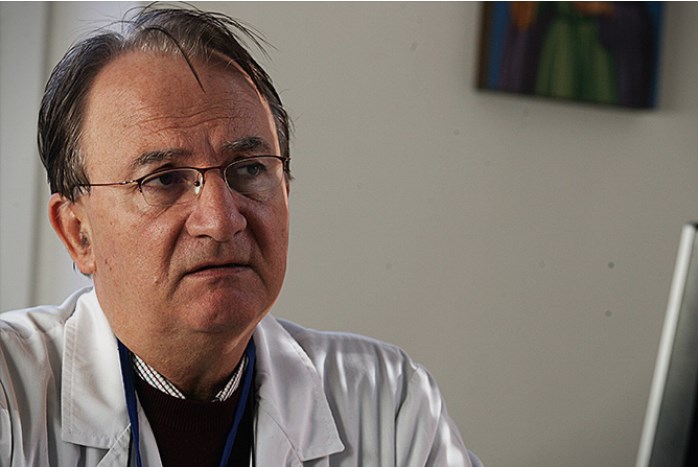 Doctor Andon Cibisev warned that the coronavirus situation in Macedonia is now out of control because of the unprincipled reduction in the restrictions. Cibisev said that the restrictions were reduced largely to placate one religious group, and the results were devastating.

Initially we were able to put the epidemic under control to a degree, using the restrictions on movement. But under pressure from various interest and religious groups the measures were quickly removed and now we have a galloping number of newly infected patients and new deaths. In June, in just 20 days, the number of infections an deaths doubled and the number of active cases tripled. In the last 15 days the situation is entirely out of control, the share of positive tests is between 10 and 20 percent, and we have absolutely the highest number of deaths in the region and beyond, Cibisev said.

The quarantine and other restrictions were abolished in early June as the SDSM led Government was pushing for urgent elections, hoping to capitalize on the low turnout, and as the Muslim community demanded to be allowed to celebrate the month of Ramadan. It was precisely the violations of restrictions during this month, when families traditionally gather for large, overnight iftar feasts, that the epidemic exploded in the capital Skopje – mainly in the Muslim majority areas, and in other cities with large Muslim communities.
Doctor Cibisev called on the Government to finally get serious and puts together a team of across the board, non-partisan experts who would “put an end to the agony”. The current Committee on infectious diseases was hit by a scandal when an ethnic Albanian member publicly bragged that he managed to secure a decision to open the borders so that more Albanians from the diaspora would be able to come and vote in the elections.