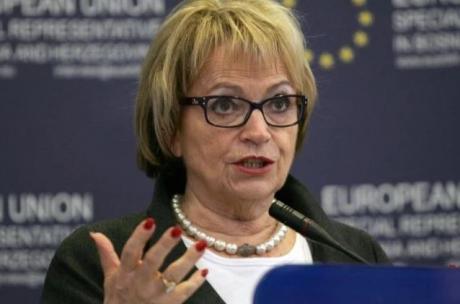 Former German MEP Doris Pack said in a statement to MIA that French President Emmanuel Macron made a mistake by opposing to start negotiations with Macedonia and Albania and that the people of the Western Balkans should be offered something concrete so that they feel as Europeans.

Doris Pack, a well-known expert on the Balkans, says the French “no”, more precisely the decision of French President Emmanuel Macron, was unwise.

It was unwise, it was not by someone who didn’t know the region. I don’t know why Macron did it. I always say it’s like, ‘I’m the king and what I’m saying is the truth.’ But that has left opportunities for other forces to come to the region, and they are already here. They are behind the curtain, but they are here. They are Russians, Chinese, Erdogan… They do not want democracy there, they want to make money or create problems for the European Union. That decision was really stupid. Unfortunately he is president of a large country and in my opinion he immediately realized that he was wrong with his decision, and therefore made the document with seven points to change the negotiation process, says Pack.

She says she is against the French seven-point document and calls for a new solution that will allow citizens of Western Balkan countries to feel like Europeans.