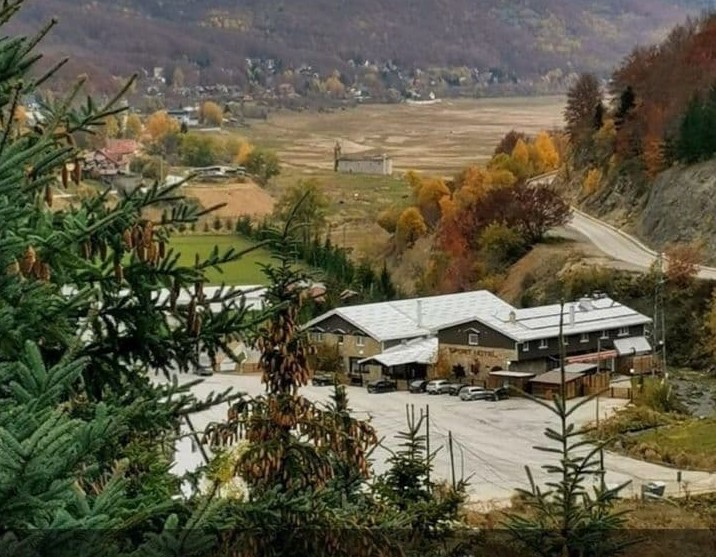 The shocking images from lake Mavrovo, which is rapidly drying out, have prompted local citizens and tourists to blame the ELEM energy company, which manages the Mavrovo dam.

The artificial lake is a major draw for tourists in the Bistra mountain in western Macedonia. Its creation flooded a small valley, and the iconic St. Nikola church, which is widely known as a semi-submerged shrine. But now the church is on dry land, as are the shallower parts of the lake. 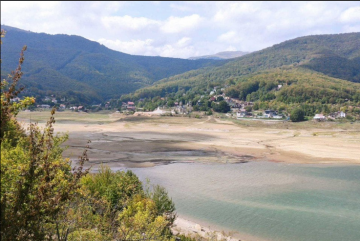 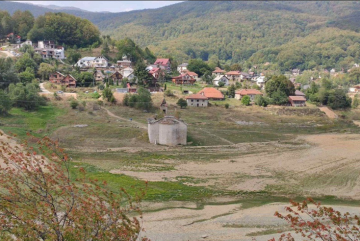 Similar crises are happening in several other major lakes. Prespa is badly receding, likely through outflows from lake Ohrid to which it is connected, and in Debar, the artificial lake on the Drim and Radika rivers is also being overused for energy. Local citizens in Debar even drew out a football pitch where the lake used to be, as a way of raising awareness to the environmental crisis. They all blame ELEM for overusing the lake for energy production and allowing too much of its water to flow out. 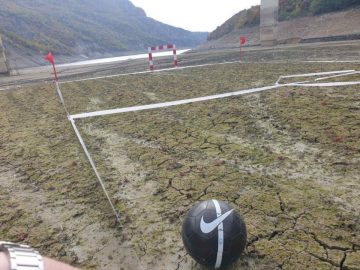