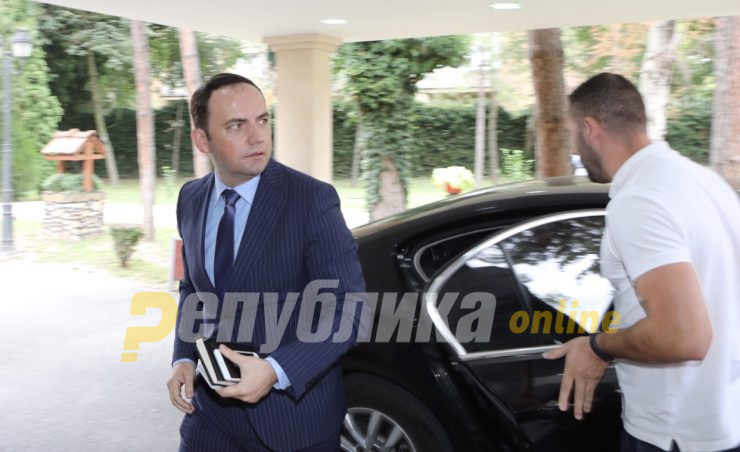 Deputy Prime Minister Bujar Osmani came to the aid of Islamic Community (IVZ) head Sulejman Rexhepi, who police tried to remove from his office yesterday. The attempt to remove the reis ul ulema and replace him with a challenger is likely motivated by SDSM party officials, but with Osmani’s statement, the DUI party apparently decided to back Rexhepi.

The Republic of North Macedonia is a secular state, and the independence of religious communities is enshrined in the Constitution, which the state and the institutions must guarantee. As a political party, we give our full support for the autonomy of the Islamic Religious Community and we believe that they are the ones who should resolve their internal disputes, not the state or the political parties, Osmani said.

SDSM deputy leader Muhamed Zekiri has openly called for the removal of Rexhepi. Police rolled in into the IVZ office yesterday, with a court order to install Skender Buzaku in Rexhepi’s place. But, supporters of both claimants remained in the office. Rexhepi accused the Government of pressuring him, attemtping to arrange his removal, and called on the faithful to vote against the SDSM presidential candidate Stevo Pendarovski in the second round of the elections. A similar threat from Rexhepi weeks ahead of the first round likely contributed to the police raid against him.

DUI has an on-going confrontation with Zekiri of its own, which has accelerated after the first round of elections.

Osmani: It would be unfortunate if the flight Skopje – Sofia is canceled