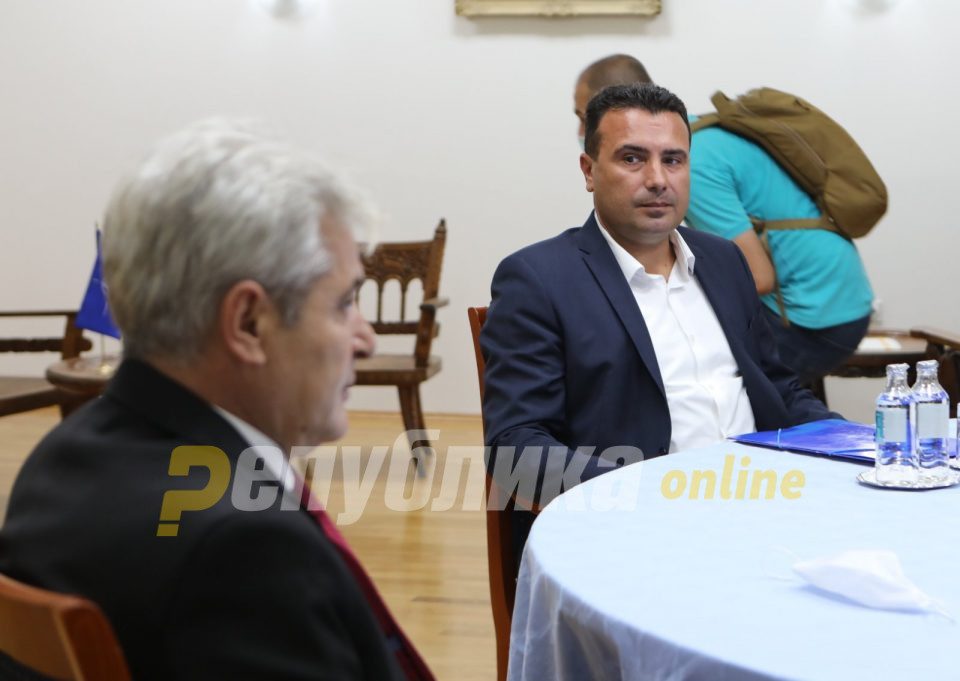 In an interview with TV Alfa on Friday, VMRO-DPMNE leader, Hristijan Mickoski, referred to the current political situation in the country, the bad government policies and measures regarding the health crisis, as well as the steps that VMRO-DPMNE will take over in the coming period.

Mickoski emphasized that the state administration, as well as all state bodies have been captured by DUI for almost 20 years. He added that it is not normal for a political party to create a state in the institutions and to function according to its own needs.

The Macedonian and Albanian opposition will have to act together in certain segments, because the local elections are a mature chance for the citizens to choose in their favor and get rid of this totalitarian rule of SDSM and DUI, and especially that of DUI which has been anchored in state institutions for 20 years. Neither Macedonians, nor Albanians, nor other ethnic communities benefit from such a way of working and infiltrating only party staff everywhere in state institutions. That is a setback for the society, added Mickoski.

According to him, the formation of a deep state contributes to the suffocation of society and to the reduction of the opportunities of the citizens.

DUI has been using the same model for 20 years and it does not produce any good results that the citizens of the Republic of Macedonia have felt. That is why such a way of working must end, and that is possible only if all opposition parties unite, Mickoski concluded.