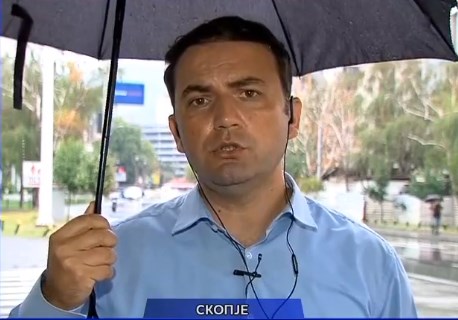 DUI spokesman Bujar Osmani denied the media reports that the party is proposing former Defense Minister Lazar Elenovski as the next Prime Minister. DUI campaigned on having an ethnic Albanian as Prime Minister, specifically Naser Ziberi, while Elenovski is half Albanian.

We had a candidate for Prime Minister in the elections and we consider all other speculations as an attempt to damage DUI and the coalition making process. When there is something to inform the public about, we will do so, Osmani said.

A similar speculation, that DUI reached agreement on Elenovski with VMRO-DPMNE, was already denied by VMRO leader Hristijan Mickoski. Osmani added that DUI is in talks with SDSM, and with other parties. DUI leader Ali Ahmeti today met with both SDSM leader Zoran Zaev and with the leader of VMRO-DPMNE Hristijan Mickoski.

President Ahmeti leads this process and he won’t rule out any political party from our talks, Osmani said.

Ahmeti is going to the Hague “just as a witness”, Foreign Minister Osmani insists

DUI reminds Zaev of their kingmaker role: In 2016 the voters chose Nikola Gruevski but we made you Prime Minister