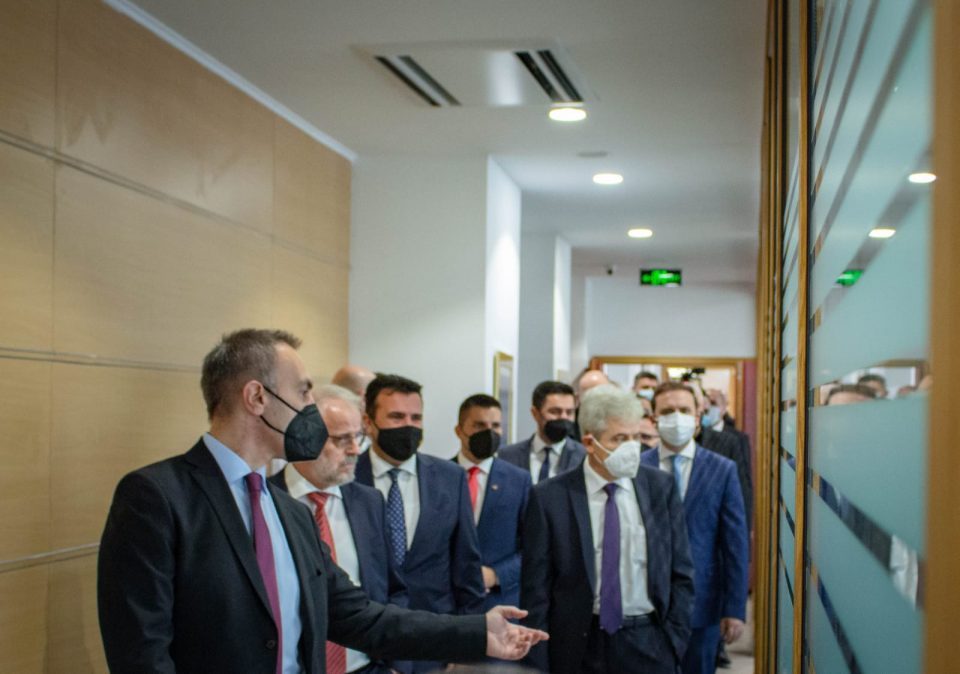 After taking over the luxury new building meant for the Anti-Corruption Agency, the DUI party is now concentrating several other institutions under the same roof.

After losing out on the promised new office space, anti-corruption chief lashes out at the Zaev Government

The neoclassical building near ther Foreign Ministry was made as part of the Skopje 2014 urban renewal project. Originally meant for the Anti-Corruption Commission and several other anti-corruption institutions, it was eventually given to First Deputy Prime Minister Artan Grubi, as the seat of his greatly expanded new department for advancing Albanian interests. First order of business for Grubi was to hold a birthday party for DUI leader Ali Ahmeti in the office – without masks – which led to public outcry and a small fine.