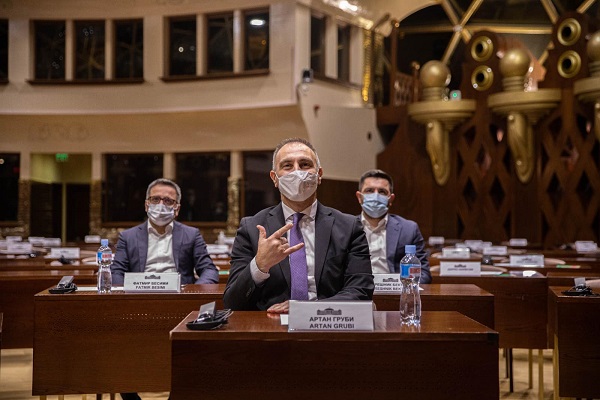 Over the past three months, the Government ministries led by DUI hired more than 220 new employees.

Chief among them is the Ministry that was built around the Secretariat for the implementation of the 2001 Ohrid peace treaty, currently led by top DUI official Artan Grubi. A total of 166 new jobs were opened in this department, half of them for translators who will be paid about 350 EUR a month. The Ministry is notorious for hiring DUI activists to increase the proportion of ethnic Albanians in the public administration, and then failing to assign them actual jobs.

DUI also leads the Finance Ministry, which is a first for them, and which is usually the rail-guard against excessive public sector hiring. But with this department under party control, it’s open season on hiring party activists for DUI.