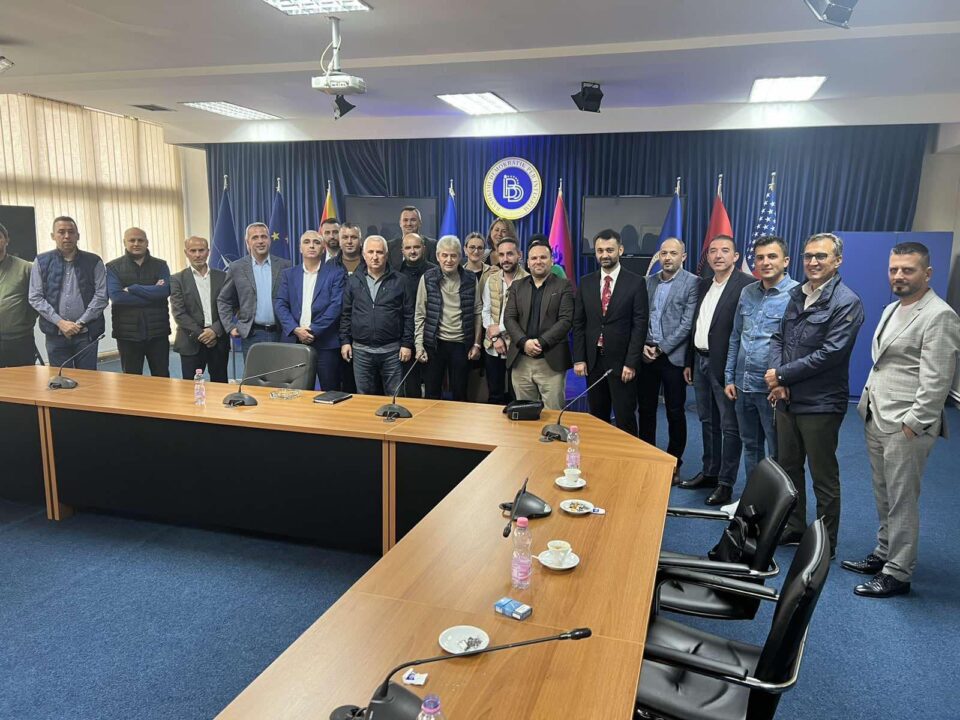 DUI leader Ali Ahmeti met Tuesday with the so-called “fiery group” that wants to see reforms in the party. After the meeting, Ahmeti said the intra-party debate would continue, with a new presidency set to be elected in mid-October.

Today we talked with long-term collaborators, with whom I have been involved in many important processes, and in many successes. We talked and essentially the debate is back inside the party. On October 15, there will be a Central Assembly where the political situation will be discussed, but also the new presidency will be elected and on the same day the new presidency will return to the DUI headquarters where, among other things, the political situation will be discussed and there will be a report from the government composition of DUI, Ahmeti said at the press conference accompanied by Musa Xhaferi, Blerim Bexheti, Izet Mexhiti, Sadula Duraku and Nevzat Bejta.

Asked whether the “fire” of the so-called fiery group was put out, Ahmeti said that “there was no fire” and the party debate will continue.

DUI marks Skanderbeg’s 555th death anniversary, dissatisfied members and Mexhiti as the most deserving of the monument were not with leader Ahmeti

Ahmeti refused to tell Kovacevski why the “Tirana Platform 2.0” meeting was convened?!