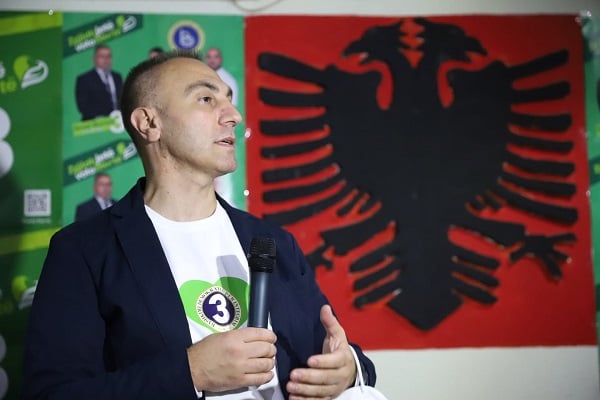 Zoran Zaev avoided addressing the public after the chaotic scenes in the Parliament yesterday, when an opposition member of Parliament disappeared before the vote of no confidence, and was feared kidnapped. Zaev came to the Parliament before midnight and sat ashen faced while Speaker Talat Xhaferi can declare the attempted vote for no confidence as failed, but then left as quickly as he came.

His Deputy Prime Minister Artan Grubi addressed the public, flanked by other DUI party officials, who rejoiced in defeating what they saw as challenge to their almost two decades long rule by the other Albanian parties.

Zaev announced his resignation after losing the local elections to VMRO-DPMNE, but DUI insisted that he must stay in office and complete the negotiations with Bulgaria. Yesterday, some media outlets reported that DUI is playing a key role in defeating the vote of no confidence and that the missing member of Parliament – Kastriot Rexhepi from the BESA party – is kept in the DUI headquarters near Tetovo. Today, Zaev is expected to have one of the smaller opposition Albanian parties – Alternative – join his coalition and to try to remain in power for a few more months while talks with Bulgaria continue.