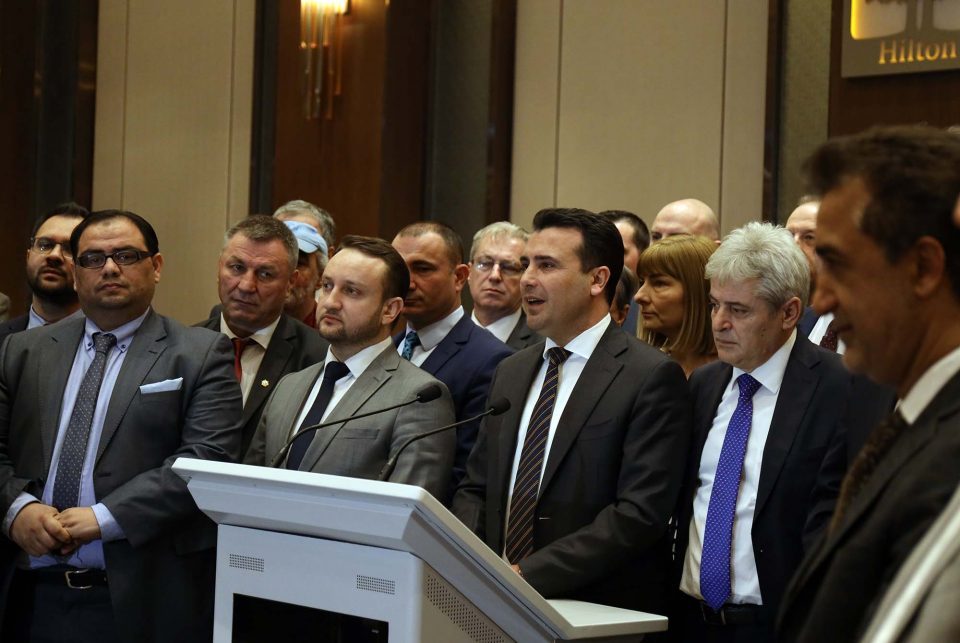 Shortly after President Stevo Pendarovski said that he will give the mandate to form the next Government to SDSM party leader Zoran Zaev tomorrow, the DUI party informed the public that it has no coalition agreement with SDSM.

DUI holds 15 seats and is seen as indispensable partner for any of the two major parties (VMRO-DPMNE and SDSM) who are trying to get to the needed 61 votes. DUI officials told Sitel TV that they understand Pendarovski is acting according to the established practice, but that there is no agreement for a coalition.

This will give Zaev 20 days to come before Parliament with a list of ministers and departments and ask for the support of 61 representatives. If he fails to get DUI or other parties to support him in sufficient numbers in 20 days, the mandate is returned and the process begins again.

Outgoing Speaker Talat Xhaferi from DUI insists that the Parliament is not constituted in full because there was no vote on a new Speaker, and that the deadlines can be postponed. The Constitutional Court today said that it will not look into the issue. VMRO-DPMNE spokesman Dimitar Arsovski today said that the party also considers the constitutive session incomplete.