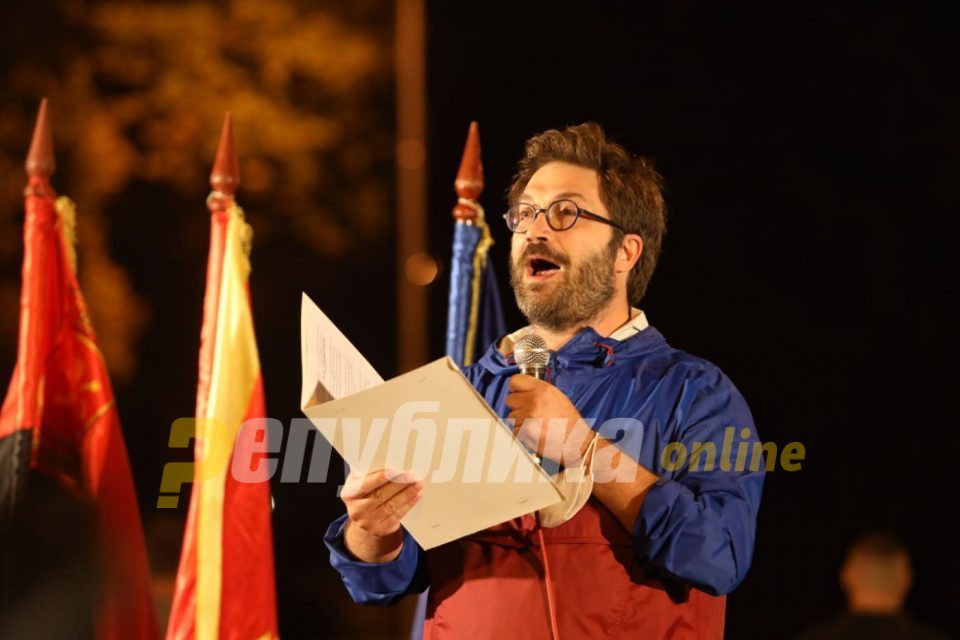 We do not want a state of political persecution! State crime and fascist attitude towards identity, but we want a state of free, brave and dignified people! A state of a proud Macedonian nation, said MP, Igor Durlovski, at the protest of VMRO-DPMNE on Wednesday.

Many of you met me as a person who felt part of the mosaic of injustices, revanchism and political violence that today is a way of life and functioning of the political elites in power in Macedonia, said Durlovski.

He said that everything that happened after April 27, 2017 will remain deeply etched in the collective memory as an example of serious abuse of power and authority in dealing with people with different opinion and political violence in kidnapping the state and violating all laws and destroying the Constitution, in parallel with the destruction of human destinies, only for power, influence and interest.

They tried to silence us! To deprive us of basic human rights! They can take almost everything from us, but they will never take away our freedom, which we will fight for, said Durlovski.

Durlovski says that he will fight for the politically persecuted and that the Macedonian code is indestructible.

Durlovski: The Renewal will bring modern and European education to Macedonia

Durlovski: After we defeat Covid-19, buy, support and visit everything Macedonian!

Durlovski: They say we are on the right path. We are at a crossroads, to be, or not to be.