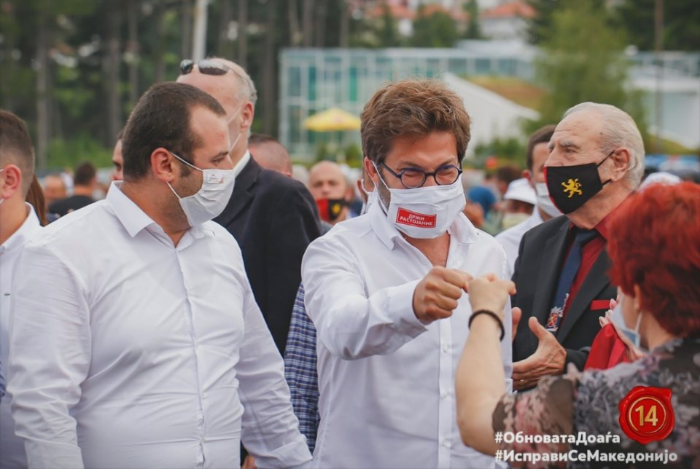 Following the flash flooding that hit Bitola this weekend, VMRO-DPMNE candidate Igor Durlovski asked his opposing candidate Radmila Sekerinska from SDSM why the ruling party focused on scraping the manhole covers instead of cleaning the sewage system.

One of the most humiliating elements of the imposed Prespa treaty is that Macedonia must remove all public representations of the Star of Kutles or the Star of Vergina, the ancient symbol that represented the Macedonian kingdom of Alexander and was found in the grave of his father, king Philip. The 16 ray sun was on the original post-independence Macedonian flag, but Greece imposed an embargo forcing Macedonia to remove it. The Kutles flag and the symbol are still widely used in Macedonia, including on manhole covers.

After Prespa, SDSM ordered workers to use power tools to scrape the symbol from the metal covers wherever they could find it. The practice was widely condemned as absurd humiliation of a country.

The Renewal is coming. Rise up Macedonia, Durlovski said, after asking Sekerinska why SDSM focused on humiliating its nation while ignoring the maintenance of crucial infrastructure which caused flooding in homes across the city of Bitola.