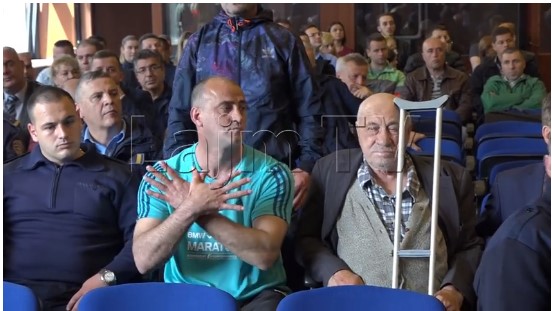 The defendants walked out of the hearing after the appeals of the first-instance verdict on the Divo Naselje case. During the procedure, they welcomed the appellate judges with curses and insults. As soon as the judges of the second-instance court appeared in the grand court of the Supreme Court, one by one, all the accused of terrorism stood up and speaking in Albanian began to address the judges.

They said that the judges came here, and not them, the accused, that they were “natives” and that “this is Albania here.”

They asked for an international investigation and said they did not recognize the court. Judge Cvetanka Peric, who heads the hearing, told them that it is up to them whether they will remain in the courtroom and clarified that their presence is not obligatory and the hearing can go on without them.

But the defendants did not listen to her, got up and demanded that they are brought out of the courtroom, which is under heavy police security.

Nobody let you go, I explained that everyone can leave the courtroom, you and your defense lawyers submitted complaints, but before leaving, you should be noted on the record, judge Peric said.

Then, the defendant, Valdet Zekaj, started with insults, high tone and said that “this is Albania”. 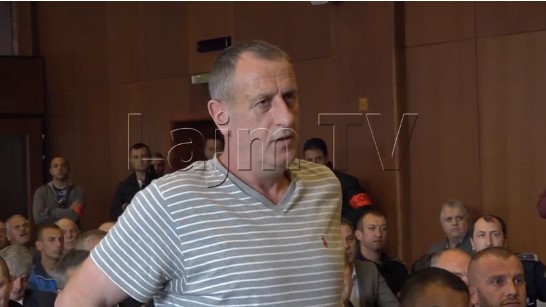 You are the one who does not hear anything, I’m waiting for 4 years to be heard, 4 years waiting to talk and 4 years waiting for justice. There is no court for us and lawyers cannot speak on our behalf, said another defendant, referring to the judge.

After this, the judge said that the defendants can be brought out one by one from a courtroom with police escorts.

Twenty-nine defendants left the hearing, and three others, ie two who received an acquittal and the accused Ebib Ali, who was sentenced to 12 years in prison with the first-instance verdict, remained in the courtroom.

The hearing is held under heavy police security and with major security checks for everyone entering the courtroom. Some of the defendants are in the Shutka prison, and some are in the Idrizovo prison. Today, all but four defendants were present in the Supreme Court, who through their lawyers submitted a statement that they would not attend the hearing.

Kumanovo attack trial: Attorneys acknowledge that the terrorists were in Divo Naselje, but claim they were duped into taking up arms