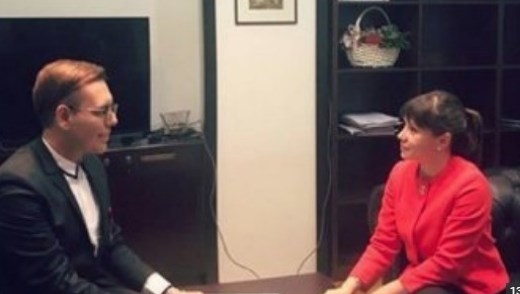 Education Minister Mila Carovska is quickly assuming the position of the most criticial unindicted suspect in the major Racket scandal. According to the witness Liljana Todorovska, in 2017 Carovska, who was then Labour and Welfare Minister, connected her to showman Bojan Jovanovski – Boki 13. Todorovska was pitching a plan to have public subsidies for the construction of retirement homes in a public – private partnership, and Carovska instructed her to meet with Jovanovski, a connection which then turned into a million EUR fraud.

Boki is charged with defrauding businessmen through the scheme, for which he was promising easy access to state subsidies and coveted locations, as well as the option to convert the retirement homes they built through him into commercial properties for a large profit.

Carovska’s name was first raised in connection with the scheme by Boki himself, during the trial in 2020. He also confirmed that it was Carovska who connected him to Todorovska so that the scheme can be initiated.

My contracts did not fall from the sky but through intermediaries. Main intermediaries will be known when I prepare my own criminal charges. Mila Carovska is the one who brough Todorovska with her project to me. I was also meeting with Zoran Zaev and Oliver Spasovski, Boki 13 testified in July 2020.