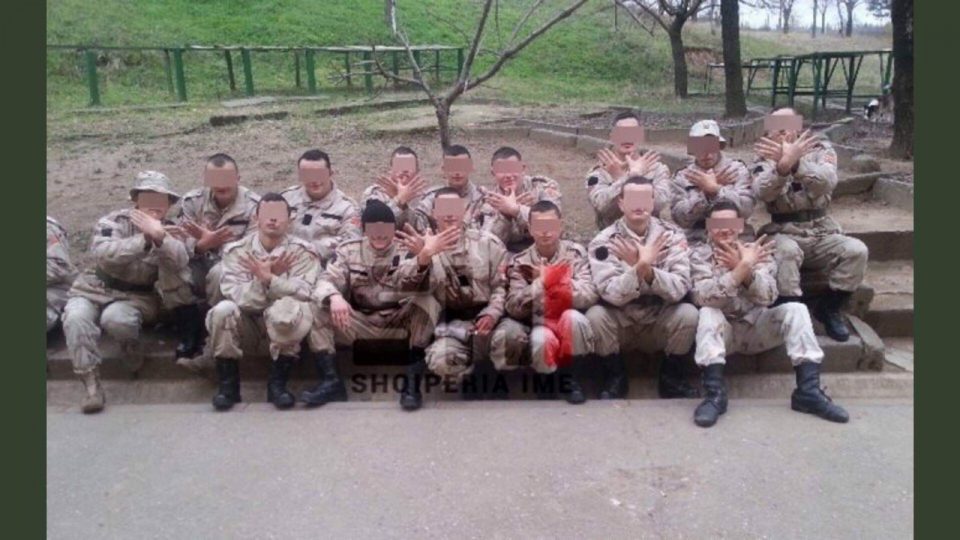 The photograph was reportedly taken at the Veles army barracks, but the exact date it was made is uncertain.

Frequently used by ethnic Albanians as an expression of national pride, the symbol also raises accusations of dual loyalty. Swiss media criticized football players Granit Xhaka and Xherdan Shaqiri for making the symbol when celebrating their goals against Serbia at the World Cup. The Greek army has even put Albanian recruits to court martial for making the gesture.

Earlier this week, the army initiated an investigation into a female member of its artillery corps who allegedly posted a Facebook comment celebrating the New Zealand mosque massacre. The soldier, who faces being fired and prosecuted, claims that her account was hacked.

200 soldiers admitted to the army

Sekerinska: Soldiers deployed in Prilep “to maintain order” amid spike in coronavirus cases