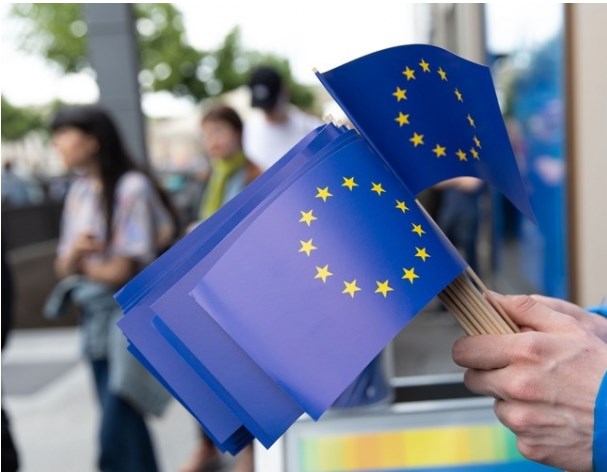 The result of the much awaited meetings between Zoran Zaev and Bulgarian President Rumen Radev, mediated by Merkel, Macron, Michel, Jansa and Varhelyi, the Bulgarian position toward Macedonia has gotten significantly harder and more intrusive. In a lengthy interview from Slovenia, President Radev outlined numerous demands that will be difficult to implement and whose aim seems to be to wholly redefine the Macedonian national identity – if not abolish it.

Two initial demands are that Macedonia amends its Constitution and ads the Bulgarians among the list of nations that make up Macedonia, and to have the Bulgarians reflected in the census. Amending the Constitution would require a two-thirds majority, and VMRO-DPMNE already announced it will not support this demand unless Bulgaria is also willing to list the Macedonian minority in its Constitution – which is going to be a non-starter with Bulgaria. Bulgaria also expects to see the estimated 120,000 Macedonians who received dual Bulgarian citizenship since 2000, when Bulgaria began to get easier access to the EU labour market, to be reflected in the just completed census. Initial reports are that the number of people who actually declared a Bulgarian identity is in the low hundreds – most of the applicants for Bulgarian citizenship did so in order to leave the Balkans more easily and migrate to Germany or other EU member states, rather than out of a sense of belonging to the Bulgarian nation. Much of the ethnic Macedonian diaspora boycotted the census anyway. It’s unclear how Zaev could “massage” the census numbers to find 120,000 Bulgarians among the entries.

As long as the process of deracination continues and our compatriots are exposed to a sustained assimilation and their fundamental rights are denied, and they are not fully integrated in the Republic of (North) Macedonia along with the other portions of nations who live there, there is no option for us to say “yes” to the accession talks, Radev said.

His long term demands include a “recognition of the historic truth” – similarly to what Zaev already accepted in the Prespa Treaty with Greece. This would be a long term process of rewriting the history books, so that it reflects, as Radev said, “the objective facts of our history, which can’t have multiple interpretations”. Part of this demand from Radev is that “history books don’t incite hatred”, meaning that Macedonia will likely have to rewrite the historic narrative of the First and Second World War, and erase any mention of Bulgaria’s siding with Nazi Germany and itself implementing fascist policies.

The goal of this process would be, as Radev said, to “do away with the Macedonian-ness”. Bulgaria insists that the Macedonians are part of the Bulgarian nation who only recently adopted a separate identity and codified a language, and is planning to use the EU accession to try to reverse this process.