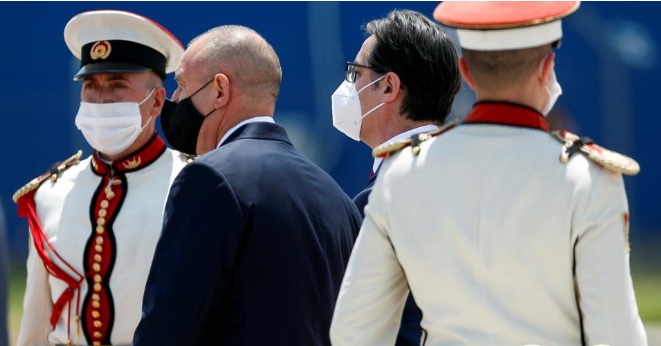 Croatian Jutarnji List daily is picking up the recent more optimistic announcements regarding Macedonia and the possibility that Bulgaria will lift its veto against Macedonia’s EU accession talks. The main source of this renewed optimism is German diplomat and outspoken supporter of the Zaev regime Michael Roth, who visited Macedonia recently and said that there is good chance Bulgaria will relent by the June meeting of the European Council.

This despite the fact that Bulgaria has a caretaker Government that does not have authority to change the national position to veto Macedonia until Zaev accepts to make major new concessions on issues of national identity and history.

Zaev said that all his efforts now are focused on Bulgaria. He said that he will talk to the caretaker Prime Minister Stoyan Yanev next week, during the expected donation of 50,000 badly needed vaccines from Bulgaria to Macedonia. Meanwhile President Pendarovski spent a few days with Bulgarian President Radev in Rome and Zaev’s Foreign Minister Osmani is in talks with Bulgarian caretaker MFA Stoev.

And while Zaev burnt himself too many times with optimistic announcements and is now more careful, Osmani is also boosting optimism, saying that June offers the greatest opportunity yet. He named the Portuguese proposal, which apparently seeks to drag the historic dispute throughout Macedonia’s accession talks – a proposal which Bulgaria already rejected.