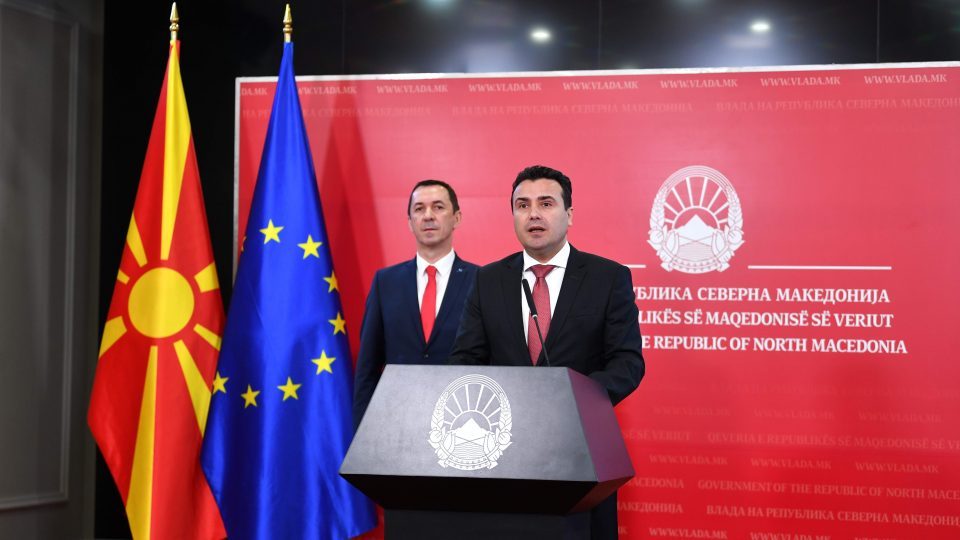 Even as he has less than 10 days in office (unless he gets his wish to postpone the elections), the outgoing Prime Minister Zoran Zaev is pushing a deal to purchase coal mining equipment for the REK Bitola power plant worth 45 million EUR. At a press conference alongside ELEM company manager Vasko Kovacevski, Zaev today defended his proposal saying it will lead to savings and reduce the need to hire private contractors.

Over the past ten years REK Bitola spent more than 90 million EUR for hiring outside contractors. We have calculated that it is far more cost effective to purchase the equipment than to rent it, Zaev said.

One of the criminal cases initiated by the Special Prosecutor’s Office concerned a contract to dig coal in Bitola, alleging that politically linked companies were given the deal, but ultimately it was thoroughly discredited when Zaev used it to blackmail members of Parliament to vote for the name change in exchange for leniency. The company today issued an open bid for nearly 50 pieces of machinery worth 19 million EUR and Zaev and Kovacevski plan a second contract worth 26 million EUR for next year.

Some 60 percent of the contract score will depend on the price and 40 percent on the quality of the equipment that will be offered. A previous similar contract in 2017 failed because ELEM could not come up with the funds.