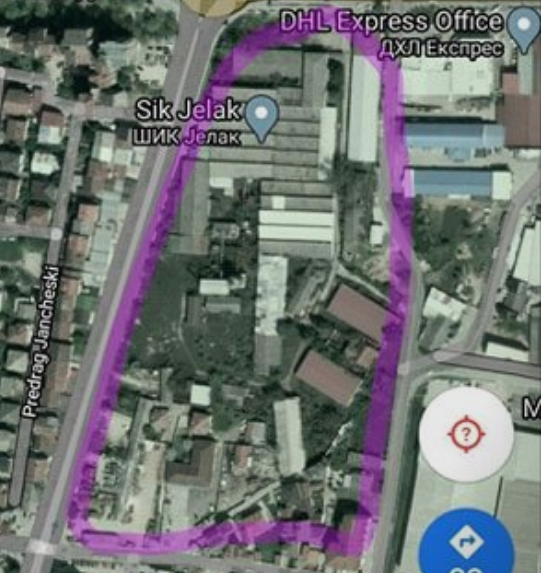 After the audio leak in which the controversial Serbian-Montenegrin businessman Miodrag Davidovic Daka claims that he paid 300 thousand euros to the Secretary General of the Government of Zaev, Dragi Raskovski, the picture is getting clearer.

Namely, in a conversation with Zoran Mileski Kiceec, businessman Daka is angry because despite having paid a large sum, he has not yet been delivered what he agreed with Raskovski and Zaev.

I know those tricks of yours, I gave you 300 thousand euros and 2000 square meters, the job is not done, what else do you want. I paid you (referring to Kiceec) and I have nothing to do with you, says Davidovic Daka, to which Mileski replies that he was dealing with Raskoski now.

According to the audio leak, Daka agreed with Raskovski and Zaev to get the space of the timber processing company “Jelak” in Tetovo of several thousand square meters close to the city center. 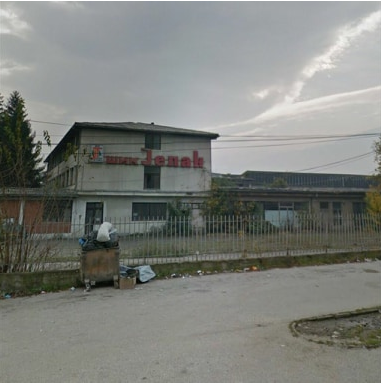 Daka: Me finding out a week ago from Raskovski, that now they should make an assessment of SIK Jelak after three years. Don’t mess with me, Zoran, you ask me why I am angry. After 3 years, when it was you, Zdravko and Perovski, you promised me in 7 days you would tell me how much the rest of Sik Jelak costs, is that so? True or false? Did you promise me that?

Kiceec: He said that, not me.

Daka: That is your friend, I have nothing to do with him. Is it true that he made zero to this day? Well what are we talking about then.

Official documents also confirm that the business between the Government and the controversial Miodrag Davidovic Daka was really discussed.

At the 115th government session held on 15.01.2019, point 120 focused on the property from bankruptcy proceedings by the debtor SIK Jelak AD Tetovo, with a draft decision to give consent through a notary public to offer part of the business premises to other owners, whereby they adopted the decision on granting consent. 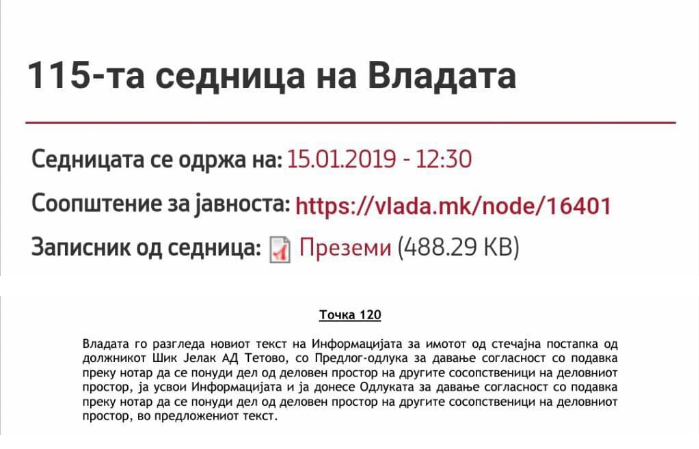 This confirms that the Government was committed to giving the property of SIK Jelak, which Daka and Kiceec are talking about, so now it is the turn of the investigating authorities to find out when and where 300 thousand euros and 2000 square meters were given in order to complete this business. In the audio leak, Daka and Kiceec say that Zaev and Raskovski were in charge of that job, and Daka has already paid a huge amount of money for it.