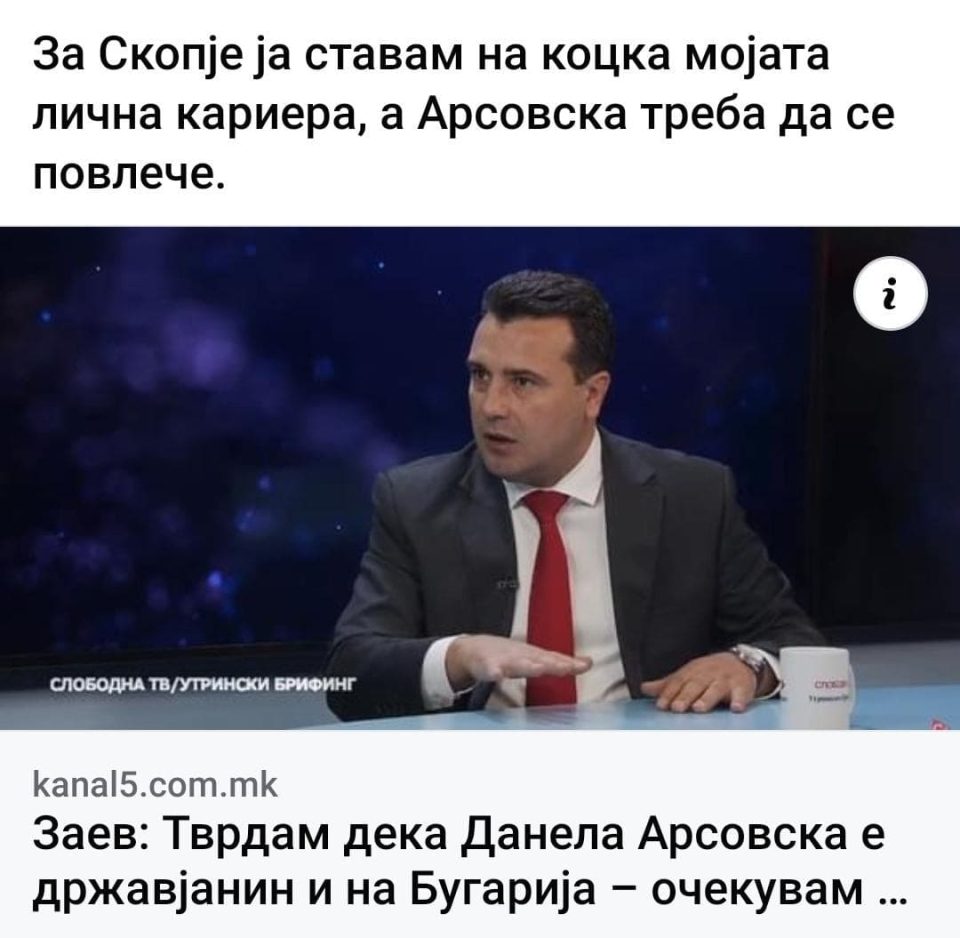 Zoran Zaev’s attack against Skopje mayoral candidate Danela Arsovska this morning backfired, if we judge by the replies on his own Facebook page. Zaev angrily called on Arsovska to withdraw from the race as his party keeps presenting new “evidence” that she allegedly has a dual Bulgarian citizenship – claims that quickly get debunked.

Zaev’s unseemly attacks on the leading woman candidate in the elections are likely motivated by the fact that he himself promised to resign as Prime Minister if his candidate Petre Silegov loses the mayoral race in Skopje. Zaev probably thought that this will energize his soft voters who sat out the first round, but he seems to have motivated the opposition instead.

So your campaign move now is to “reveal” to us that Danela is Bulgarian! You’re nothing but liars and sellouts, nothing will save you now.
You are the Prime Minister. Tend to Macedonia, not to the local elections. For three weeks you’ve done nothing for the country, just work on the SDSM local elections campaign.
Getting nervous? You claimed that we are the same nation with the Bulgarians, but now pretend to be a patriot…, are some of the replies that Zaev got from Facebook users.