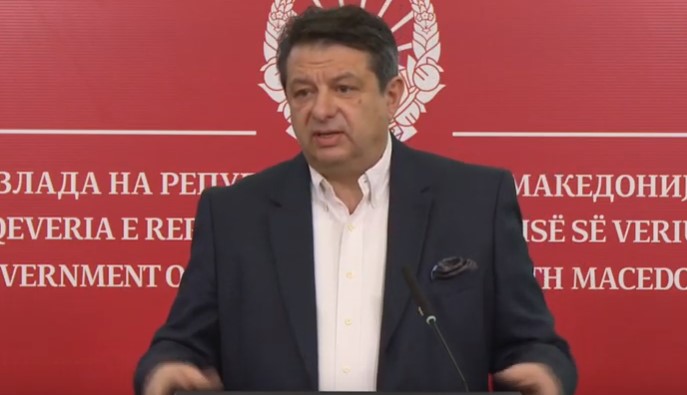 Faced with protests for measures that would help clean the air, Deputy Environment Minister Jani Makraduli held a press conference today attempting to assure the public that things are getting better. Makraduli’s case is helped by the fact that this was an unusually mild autumn, and heating season was postponed.

It’s a fact that we’ve had a significant drop in the number of days with high concentrations of PM10 particles. For example, last week, despite the fog and zero winds, we had maximum levels of 120 or 124 micrograms per cubic meter, and not the highs of 280, 330… we had before. Is it low enough? No. But the trend is clear, Makraduli said.

High school students protested last Friday, demanding urgent action from the Government. A heavy handed attempt to keep them in the schools and the deployment of riot police against them caused a backlash against the Government, especially given its unrealistic promises before the 2016 elections that it will clean up the air quickly and easily. And yet, on colder evenings with no wind, Skopje and other Macedonian cities regularly rank among the 10 most polluted cities in the world, and a recent spill of a toxic chemical in Skopje only added to the alarm.

Police, the army, environmental inspectors sent to the OHIS chemical plant after a toxic spill