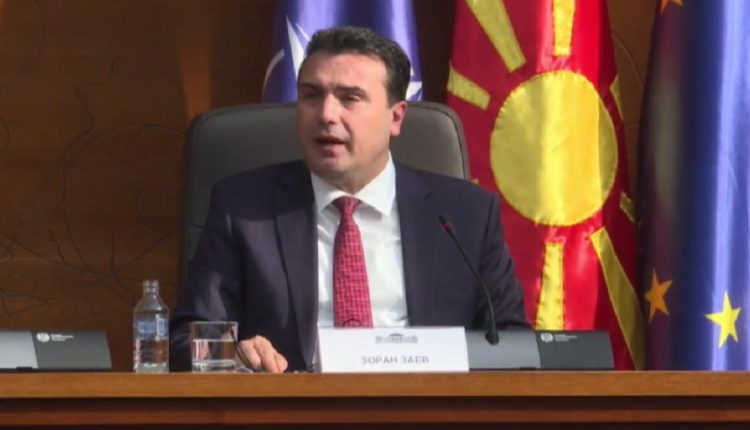 Zoran Zaev today submitted a request to the Parliament for a vote of confidence in his Government. The move seems designed to intercept attempts by several of his coalition partners to abandon the coalition.

The Constitution provides that for 90 days after the vote of confidence took place, there can be no new such vote. This would give Zaev three months of relative peace – if he is able to hold his coalition partners in line in the first vote.

Zaev faces protests from within his own SDSM party over the concessions he is giving to Bulgaria on issues of Macedonian national identity and history. His Bulgarian policy, the high level of corruption, and the brief escape of former security chief Saso Mijalkov caused an uproar in several of his smalelr coalition partners, like the Liberal-Democratic Party, the green DOM party and the Democratic Alliance, who hold combined five seats in Parliament. As Zaev’s Government has just 62 votes out of the 120 seat Parliament, their announced withdrawal from the SDSM led group in Parliament put Zaev’s political survival in jeopardy.

Zaev was also unable to deliver on a major promise to his BESA Albanian coalition partner (4 seats) which demanded that future identity cards declare the ethnicity of its holder. Two members of Parliament from his larger Albanian partner DUI are also unhappy with the coalition – mainly because of internal DUI politics. The sentencing of a group of Albanian islamists to life in prison for the 2012 Good Friday massacre – even after Zaev promised that he has exculpatory evidence, added to the strains.

The opposition VMRO-DPMNE party has been announcing that it is in talks with Zaev’s coalition partners who are preparing to split from him for a while. Zaev’s initiative to himself ask for a vote of confidence is likely planned to break off any such talks by forcing his partners to declare their loyalty.