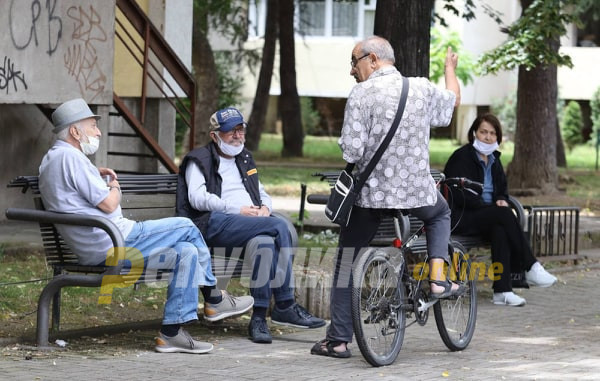 Eight of the fatalities are from Skopje. Their ages are given as ranging from 45 and 82. Two patients were found dead in their homes. Most of them, nine, died in the “8th of September” hospital which treats the most difficult patients and has the most cases on mechanical ventilation. The others died in the Infectious Diseases Clinic in Skopje and the Struga general hospital.

There were 13 newly admitted patients to the clinics in Skopje. There are currently 213 patients in the “8th of September” hospital and in the Infectious Diseases Clinic – eight are on mechanical ventilation and 44 are receiving oxygen. There are also 32 patients in the Kozle children’s hospital that is used as the third Covid-19 clinic in Skopje – six of them are children. Additionally, general hospitals in Stip, Bitola, Veles, Kumanovo and other cities care for over 150 patients.

The Healthcare Ministry continues to noticeably reduce its public communication and Minister Venko Filipce is more engaged on the SDSM campaign trail than in informing the public. The Ministry did say that it conducted 1.653 tests and found 173 new cases – which is also a very high number.

The Second Wave was largely caused by the disregard for social distancing rules during the Muslim month of Ramadan, and hit especially hard in Skopje’s Cair and other majority Muslim districts. Even with more than a month after the end of Ramadan, the same districts continue to report growing numbers of new patients and the patients are admitted with severe forms of the disease. There are 3.556 active cases across the whole of Macedonia, and 2.010 of them are in Skopje. Cair currently has 422 active cases, while other hard hit Skopje municipalities like Aerodrom, Butel, Gazi Baba, Centar, Karpos and Saraj, have between 141 and 177 active cases.