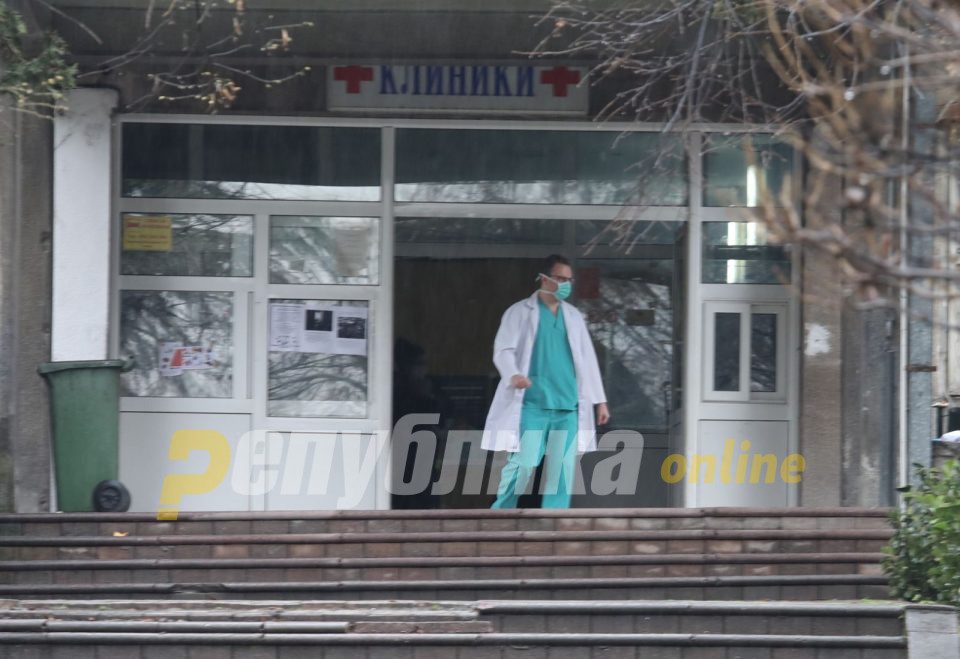 Fifteen people died from Covid-19 over the past 24 hours, the Healthcare Ministry informed. Seven of the deaths were reported in Skopje, three in Veles, where the general hospital is having a dismal mortality rate, two in Gevgelija, and one each in Resen, Delcevo and Ohrid.

The deceased patients ranged from 41 to 87. The 41 year old patient was former police commissioner Igor Angelovski – Gile, an active sportsman and great professional, dedicated to his wife and two children, said former Interior Minister Nake Culev.
There are 628 newly diagnosed patients – this from a total of 2,236 tests conducted over the past 24 hours. Over half of the cases were reported in Skopje, and Kumanovo, Prilep, Tetovo, Stip, Veles and Bitola have over or close to 30 new cases each. The total death toll of the epidemic now stands at 949, while the number of active cases is estimated at 7,399. Of them, Skopje has 3,551 cases, Tetovo and Strumica have over 400, and Kumanovo and Prilep have over 330.

The two main clinics in Skopje that care for the most serious Covid-19 cases admitted 15 new patients, and currently treat just under 200 people. One of them is on mechanical ventilation and over 100 are receiving supplemental oxygen. The Kozle clinic in Skopje, which cares for parents with children, treats 11 children and 13 adults.

With the clinics in Skopje operating at capacity, the general hospitals across the country are forced to keep more of the patients they would otherwise send for treatment in the capital. One 65 year old woman from Kavadarci died while being transported to Skopje. In Veles, there were 13 deaths reported in a week, with two deaths on Monday evening. This has raised alarm bells in the city. Veles currently treats 33 confirmed and eight potential coronavirus cases – 13 of them on supplemental oxygen. Hospital spokeswoman doctor Vesna Nedelkovska Nikolova said that the two patients that died yesterday evening had prior conditions – a 57 overweight woman and a 86 year old woman with hypertension.