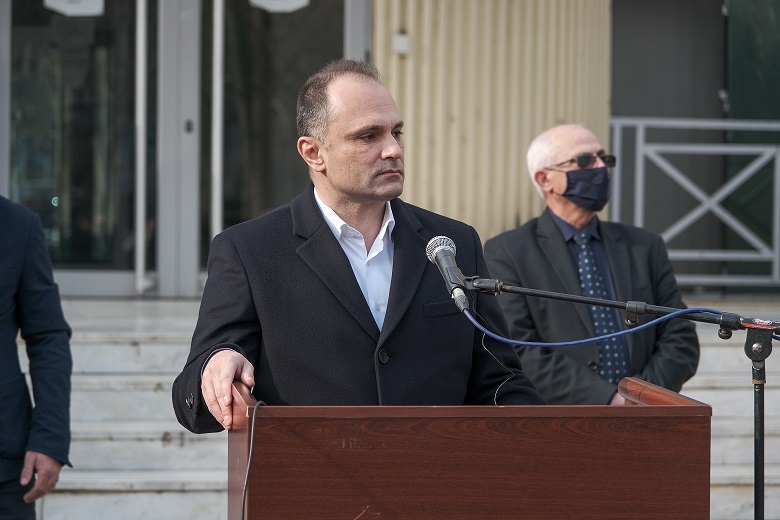 Healthcare Minister Venko Filipce insisted that there are no legal issues with the use of the Pfizer coronavirus vaccine in Macedonia and turned down a proposal from Serbia to have Macedonian medical staff and at-risk citizens vaccinated there.

Serbia promised to give 8,000 vaccines to Macedonia, which would be the first such shipment to the country, after Filipce and Zoran Zaev failed to secure the vaccine from any other source. But after the offer was made, Serbian Prime Miniter Ana Brnabic revealed that there are both legal and technical issues on the Macedonian side and that the donation is uncertain.

Filipce confirmed that he is working on changes in the law that would allow Pfizer to have the vaccine registered directly in Macedonia, and not through a local intermediary. But the Minister insisted that this is not a legal obstacle and that the vaccine could have been registered in Macedonia regardless and used before registration, as an “emergency import”.

Either way, this is an unexpected legal obstacle that revealed lack of preparation on the part of the Government in the critical procurement of vaccines.

I spoke with the Pfizer office in Belgrade yesterday and they are working on two contracts – our draft contract so that we can purchase 800,000 doses, and a permit from Serbia to import the vaccines from their country. The reason why the procedure is slow is that they are under a tremendous pressure and huge competition from countries across the world, Filipce said.