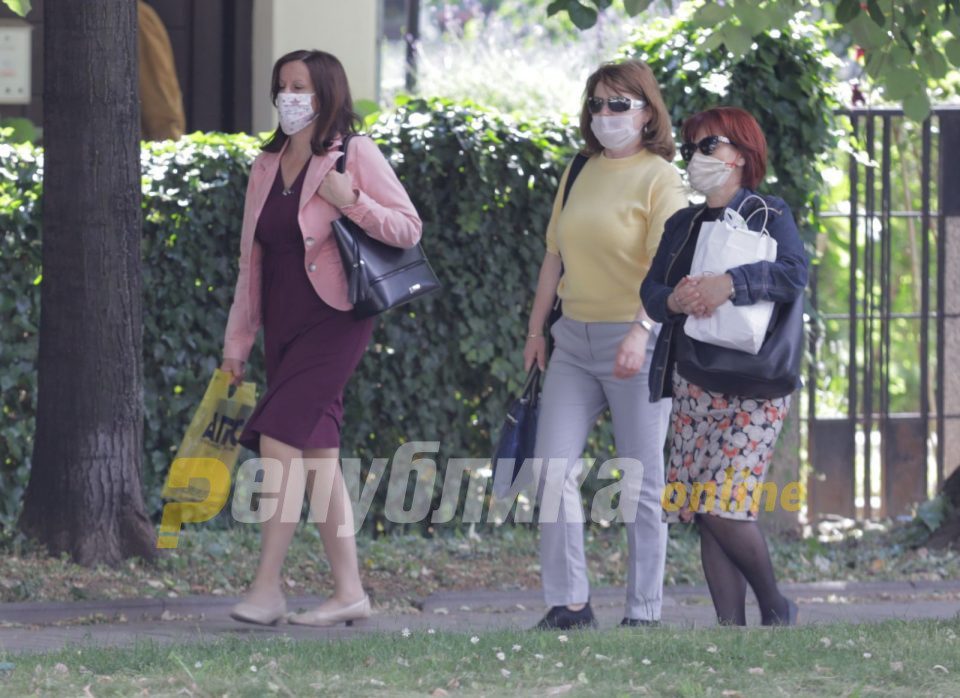 Fifteen families make up about 90 percent of the new COVID-19 cases, shows a cluster analysis of new patients.

According to Health Minister Venko Filipce, this shows that transmission is within these clusters, however, new sporadic cases are a proof that the virus is here and spreading.

We clearly have a second wave as a result of failure to comply with measures on gatherings and grouping, which has also been confirmed by detailed coronavirus surveys. However, the spike in new cases is expected due to the testing method applied in the past days, Filipce told a press conference on Friday.

He added there were 1,272 tests over the past day, the most so far, which helps towards early detection of virus carriers within clusters.

Minister Filipce pointed out that this wave is expected to last for a very short time, but utmost caution is still exercised.

The virus is weakening. Analysis of the past seven days showed that there is a huge number of asymptomatic carriers and cases that show mild symptoms, close to 90 percent. However, this is not to downplay the virus threat and severity at all, as there are also patients with severe symptoms, Filipce noted.

During a meeting this morning with an infectologist from the “8 September” hospital, we have agreed for a way to test people at highest risk due to contact with confirmed cases. Self-isolation in line with a coronavirus survey will be in place for the rest, Filipce said, adding that all employees at the hospital have complied with preventative measures.

According to the Health Minister, the decision for restrictions is justified, and the Commission on Infectious Diseases will carry out a detailed analysis over these two days, to be followed by a meeting on Sunday where next steps will be discussed.

The virus is here with us, it is spreading. Failure to comply with measures will only extend the crisis, Filipce underlined.

The Ministry of Health said Friday there were a total of 180 new COVID-19 cases over the past 24 hours. Most of the new cases have been registered in Skopje – 109, followed by Kumanovo – 26, Shtip – 15, Tetovo – 12, Gostivar – 8, Gevgelija – 2, and one each in Debar, Struga, Veles, Bitola, Valandovo, Sveti Nikole and Negotino. Two patients have died, while 11 recovered.

Filipce: Couple of variants present in the country