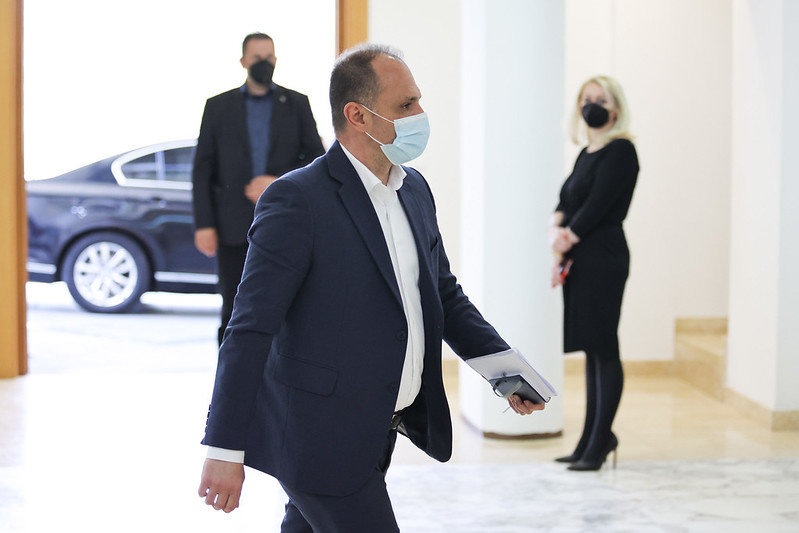 Former Healthcare Minister Venko Filipce will have a security detail for the next six months, he confirmed today, after media reports that he is receiving death threats. Filipce denied receiving threats and said that his security detail was extended by the ANB state security agency.

Filipce is a close friend of former Prime Minister Zoran Zaev. He was portrayed as a star in much of the SDSM linked press at the start of the pandemic, but as Macedonia rose among the top of the world in its Covid death rate and failed to procure vaccines in time, Filipce’s star dimmed – especially after the Tetovo hospital tragedy in which 15 patients and their family members were killed.

He was also accused of major corruption scandals, including involving the vaccine procurement deals, extortion of a dialysis provider and suspicious real-estate deals.