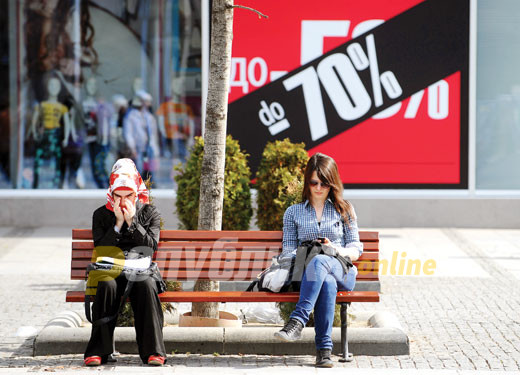 Financial Times reports that the reason France is hesitant over further EU enlargement toward the Balkans is the fear of Muslim migration and Balkan criminals. France came out swinging today against giving Macedonia and France the date to open their EU accession talks, and is pushing for a re-imagining of the entire enlargement process.

Albania is majority Muslim, Kosovo is largely Muslim, and Macedonia also has a significant minority of Muslim Albanians, and all the countries in the region have issues with crime and corruption.

FT quotes a supporter of the Zaev Government, Gerald Knaus from the European Stability Initiative, who proposes putting the candidate countries into a Balkan economic zone until the time when they could apply for EU membership, which would not be guaranteed.

Knaus proposed a Balkan free trade zone modeled on the pre-accession experience of Austria and Sweden. He argued that Paris should consent to open talks with Skopje and then support the creation of a South-east European Economic Area, which would steer the countries towards the common market – without the promise of membership, the paper reports.\

The countries in the region already have a high level of trade and freedom of movement, and it’s unclear what this proposal would bring to the table, as they are all looking toward the next big prize – EU membership.

The Financial Times also quotes several anonymous EU diplomats who blast France for its decision, warning it will open the doors to Russian, Turkish and Chinese influence in the region, and would undermine Balkan stability.