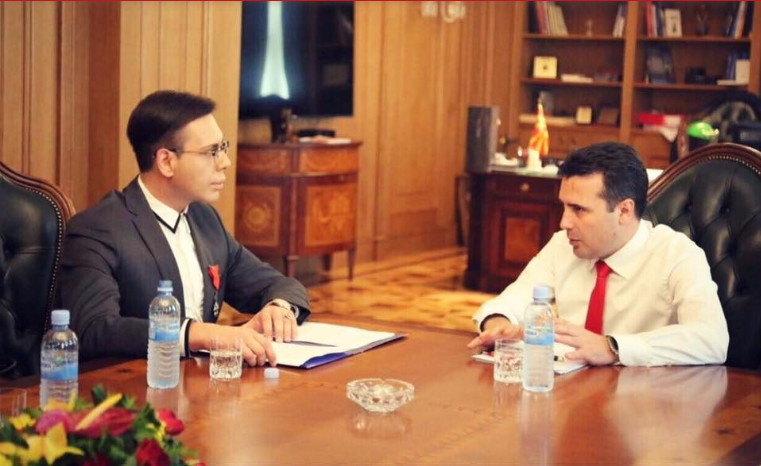 State prosecutors need to investigate Zoran Zaev following the latest revelations that he was directly involved in the Racket scandal, VMRO-DPMNE spokesman Dimitar Arsovski. The key Racket suspects, Bojan Jovanovski – Boki 13 and his father Mile Jovanovski, directly pointed to the Zaev family – Zoran Zaev and his brother Vice Zaev, as the culprits in the extortion racket.

There are clear indications that Zaev was well acquainted with the extortion, as was his brother. We are now talking about reported threats of murder against other defendants to prevent them from telling the truth. Will the prosecutors now finally initiate a case against Zoran Zaev and his brother, so that the truth can come out? How long do the prosecutors expect to continue to cover for the main Racket culprits, for this head of the criminal octopus?, Arsovski asked.

In the latest interview, Mile Jovanovski revealed that he was receiving threats against his son, that he may be killed while in detention if he reveals what he knows about Zaev’s involvement in the scandal. State prosecutors stopped the investigation after implicating several lower level bagmen like Jovanovski and former Special Prosecutor Katica Janeva.

The allegations raised by Mile Jovanovski and his son include details such as that Zaev personally intervened to allow defendants that Janeva was going after to be released from detention after they would pay the required bribe.

In a previously published open letter, Boki 13 detailed how the Zaev family extorted money from businessmen who would be given major public procurement contracts, including from the REK Bitola coal mine. Macedonia is currently in a deep energy crisis caused precisely by the corruption in REK Bitola which left the country without sufficient coal reserves ahead of the winter.