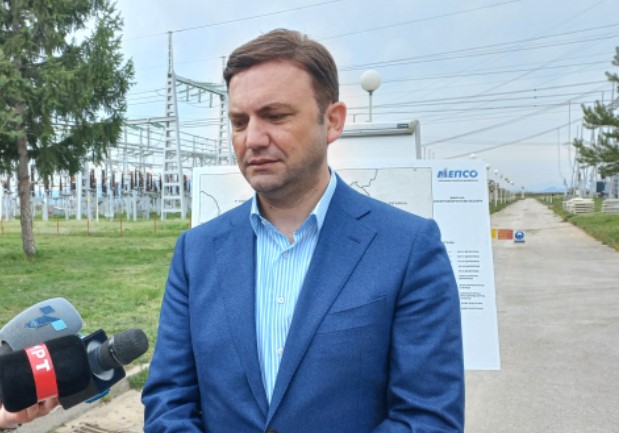 Foreign Minister Bujar Osmani was the only Government official to meet the Bulgarian delegation in Bitola today, during their controversial visit to open a cultural center named after a pro-fascist WW2 commander. Macedonia remains stuck in its accession talks, even as the June EU summit is quickly approaching, as Bulgarian PM Kiril Petkov openly calls for opening of the accession talks, but his hardline coalition partners, represented today by Vice President Iliana Iotova and Foreign Minister Teodora Gencovska, remain opposed.

I’m in communication with the Foreign Minister, and today we had an opportunity to talk to the Prime Minister. The document I referred to is the Portuguese proposal, which is still the basis for several non-papers, texts and exchanged ideas over the past period. I believe that the document remains at the core of the process of finding a solution acceptable to both sides, Osmani said.
The proposal includes having Bulgaria deposit its positions on Macedonia, its history, national identity and language, to the EU, while Macedonia would also give its own positions. The EU would then give its separate position, that is likely to include much of what Bulgaria wants in the process.

Mickoski: Over 65 projects that have started, 75 percent of capital investments in Bitola have been realized in just one year