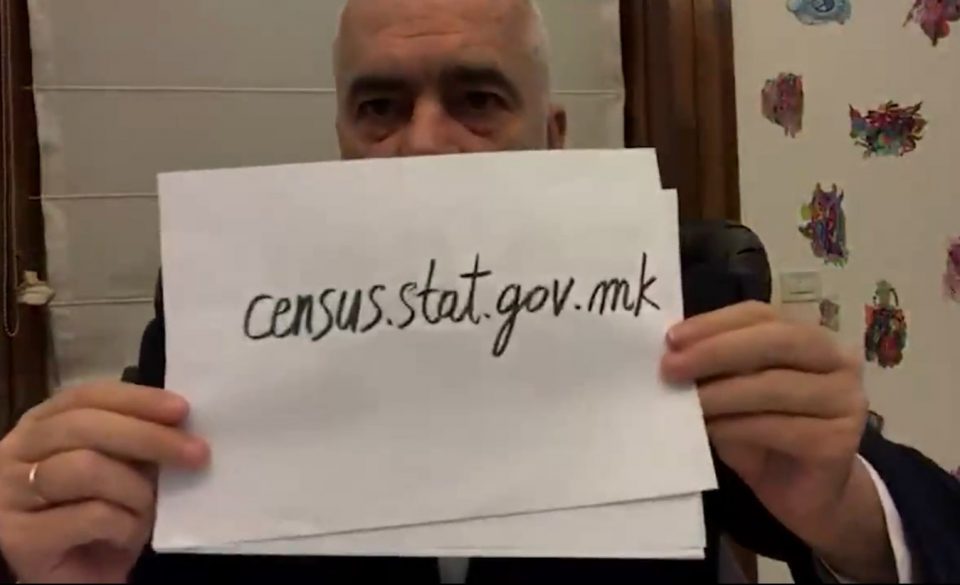 Foreign Minister Bujar Osmani was asked today about the focus of his department on registering ethnic Albanians in the census, while ethnic Macedonians in the diaspora largely boycott the process. Osmani and other ethnic Albanian officials in the Zaev regime are usign their time and their institutions to register as many Albanians who live outside of Macedonia but have Macedonian citizenship, and this has become the main focus of the Foreign Ministry.

Osmani did not address the issue directly, other than in general terms.

I expect that all will be active in sharing information with our people in the diaspora about the census. The process is easy and it will brign benefits for all. We will be able to better tailor our diplomatic and consular network with the numbers we get, Osmani said.

Registration is massive in the Albanian diaspora in Switzerland and Germany, but only a few thousand people registered from Australia, New Zealand and Canada so far – areas where most emigrants are ethnic Macedonians. Over 140,000 have registered in total, overwhelmingly from Western Europe. Albanian parties have even developed a network of local registration offices with people helping the older and less tech savvy emigrants to register.

The disparity even prompted Zoran Zaev and his census chief Apostol Simovski to begin painting the process as a “patriotic obligation”. Many ethnic Macedonians in the diaspora are fed up with the Zaev regime and its constant national humiliations and concessions, and want nothing to do with it, meaning that Zaev’s calls may end up being counter-productive.