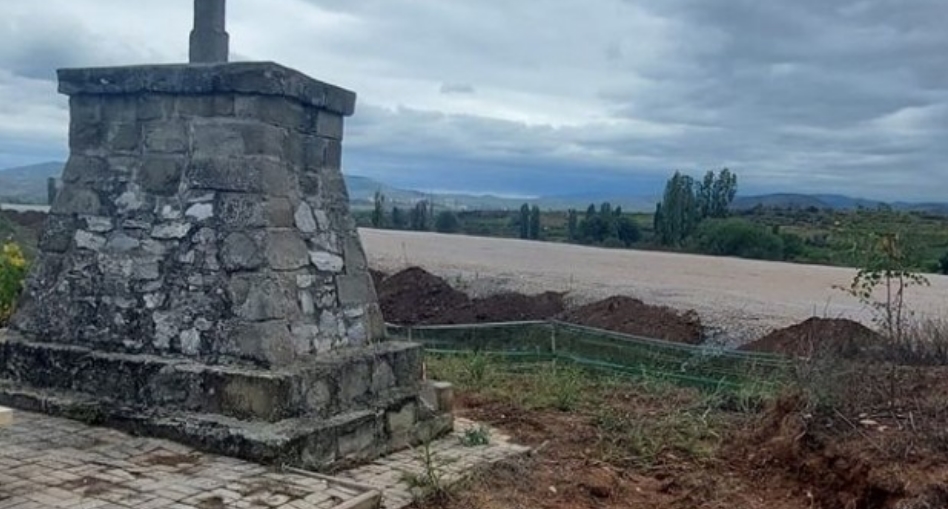 The Macedonian Foreign Ministry issued a statement denying reports in Bulgaria that a monument to Bulgarian soldiers from the First World War was damaged during road work near Kavadarci.

The monument is dedicated to 193 Bulgarian soldiers killed near Kavadarci, and it is on the route of the new Gradsko – Prilep motorway. Bulgaria has been trying to support its veto of Macedonia’s EU accession talks by citing examples of Bulgarian monuments in Macedonia that are in disrepair or have been damaged.

According to the Foreign Ministry, this particular monument is not considered a protected heritage site but is in good condition, and is not affected by the road work.

There is a temporary protective fence separating the monument from the construction site and once the road is finished, it will be about 4 meters away from the monument, while free access will be provided. This is it not a cemetery site, the Foreign Ministry said, also warning against the spread of such allegations in Bulgaria and their abuse for political reasons.