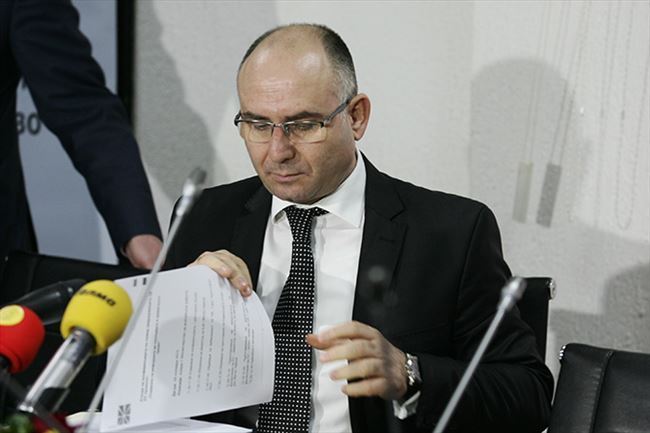 Former Interior Minister Mitko Cavkov announced that he will begin a hunger strike, because the warden of the Stip prison, where is he serving out a lengthy “terrorism” sentence, will not allow him to operate his knee.

This is a violation of my constitutional right to healthcare. The warden is ignoring the medical reports. I will begin a hunger strike and I will inform the Committee for the prevention of torture, Cavkov informed the public.

He was sentenced for allegedly failing to prevent the April 27 2017 incident in the Macedonian Parliament, along with several other police officials who were singled out by the Zaev regime, while others, more directly responsible, were left out of the trial. The same trial was used to blackmail three opposition members of Parliament to vote in favor of the imposed name change.

Former Prime Minister Nikola Gruevski said that Cavkov was the main driver behind the major corruption investigation against Zoran Zaev, which produced video evidence that the then Mayor of Strumica is taking bribes in exchange for giving away publicly owned real-estate. According to Gruevski, the arrest is Zaev’s revenge against Cavkov. A longer version of the tape recorded with a warrant was leaked recently, again confirming that Zaev took a bribe of several thousand euros in 2014, all the while discussing how the US and the EU will elevate him in a position of power and using obscene language about the Macedonian name.