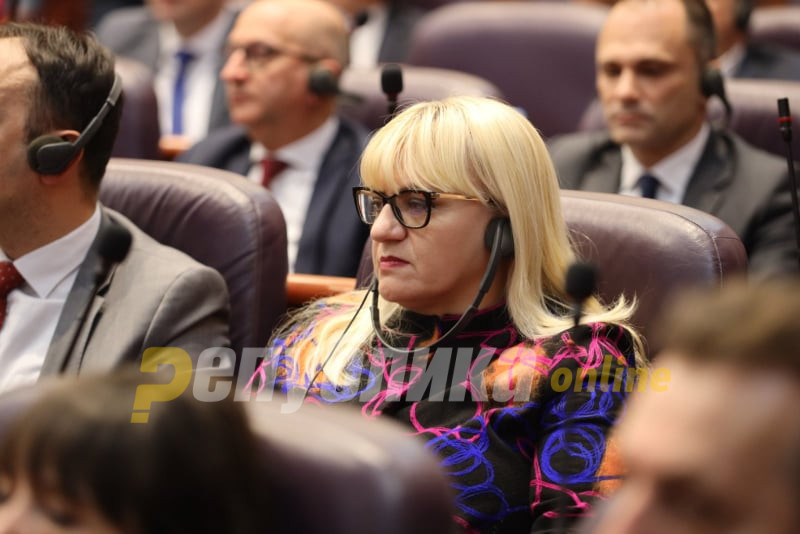 Former Justice Minister Renata Deskoska, who is a top official of the ruling SDSM party, condemned the recording and leaking of footage of former Interior Minister Gordana Jankuloska as she was detained in the Idrizovo prison.

I see no public interest in publishing footage of a detained person with handcuffs. I see a violation of her dignity and the incitement of low passions in the public. The rule “an eye for an eye” can’t be used to base a democratic system that respects human rights, Deskoska said.

Jankuloska is one of the main victims of the Zaev regime, and was one of the most widely persecuted former VMRO-DPMNE party officials by the Special Prosecutor’s Office. She was sentenced to four years in prison over the purchase of an armored vehicle that is used to transport high level foreign dignitaries.