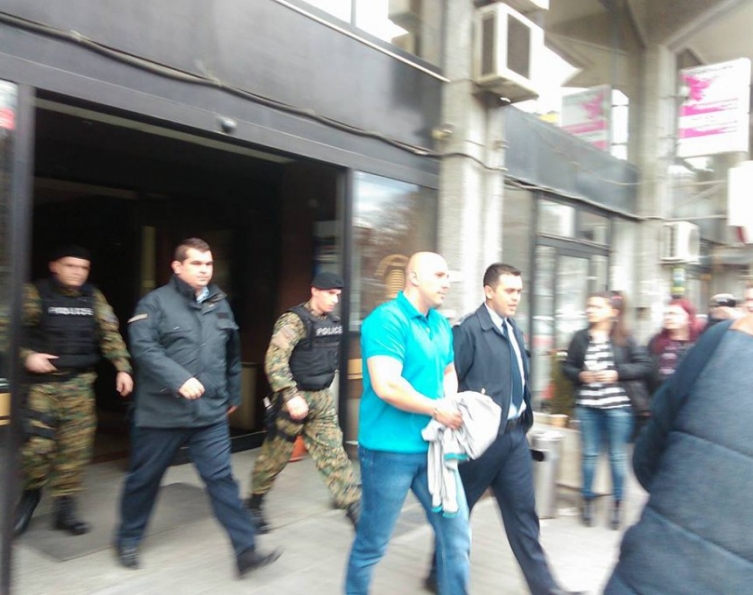 Bulgarian police has arrested former Macedonian police officer Igor Spasov, who carried out the horrific murder of 22 year old Martin Neskovski in 2011. The killing became a major political issue as the opposition SDSM party used wiretaps about it to spur its 2015 Colored Revolution, and the subsequent release of the full tapes revealed that they were thoroughly edited by SDSM.

Spasov was given medical leave from prison in 2018 under the SDSM Government and he used the opportunity to flee the country. He was believed to be hiding in EU member states, with the Netherlands mentioned as a possible destination. Today, the Macedonian Interior Ministry informed that the Bulgarian police found him in the capital Sofia and apprehended him.

Spasov was present during the large celebration of the VMRO-DPMNE party election victory in 2011, as was Neskovski. According to eye-witnesses, Spasov got into several altercations with Neskovski, and at one point attacked him and savagely beat the frail boy to death. He then left the main Skopje square and did not report the incident, even after the body was discovered and several days of chaotic attempts to identify the killed person ensued. The late missing person report by Neskovski’s family and the fact that a carnival was in town as well as a number of foreign sports fans added to the confusion.

SDSM accused the ruling VMRO-DPMNE party and Interior Ministry officials of trying to cover up for Spasov, who was arrested within days and quickly sentenced to 14 years in prison. In 2015, SDSM leader Zaev released an illegally recorded conversation between then Prime Minister Nikola Gruevski and Interior Minister Gordana Jankuloska, edited out of context. A comment by Jankuloska that “I’m upset, you can’t cover up a crime” was portrayed by Zaev as her attempt to cover up the murder. The release of the tape was used by SDSM to rile up major protests in Skopje and to attempt to storm the Government building, during which dozens of officers were injured.

Years later, the full tape was released and it shows how Gruevski and Jankuloska clearly didn’t initially know who killed the boy, and that once they found out it was a police officer, working to make sure that he is brought to justice. Jankuloska’s comment is clearly understood to mean that Spasov was trying to cover up what he did, not her or officials in the Ministry. It’s just one of the highly emotional cases which SDSM used to enflame the Colored Revolution which were later completely debunked.

In the mean-time, Zaev’s personal lawyer began to represent Spasov, and Zaev, after becoming Prime Minister, cordially met the murderer during a visit to the prison he was kept in. Shortly after Spasov was given a lengthy medical leave which he used to escape. 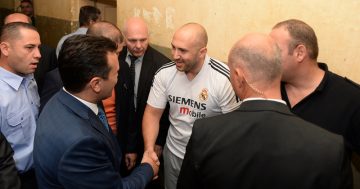