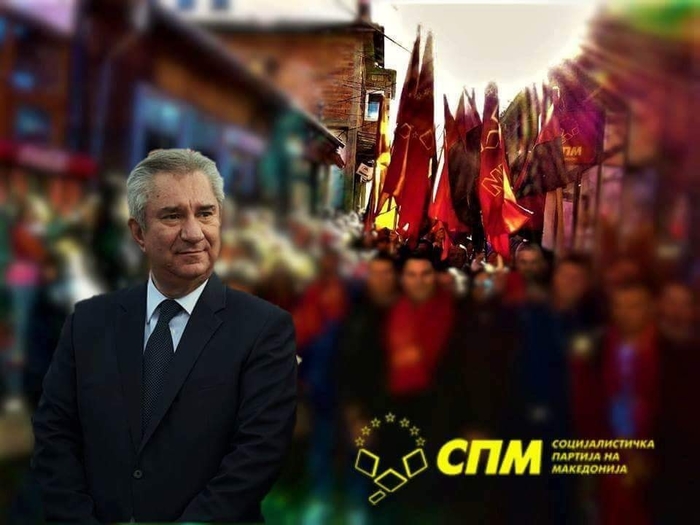 The Socialists are allied with VMRO-DPMNE, and for this Dimovski faced several politically motivated charges, including a heavy-handed arrest in his home two years ago. Despite all the pressure, he refused to join with the ruling majority in their votes in the Parliament, as a number of other VMRO-DPMNE representatives and members of Parliament from allied parties did.

I will justify the trust of the party members and will preserve the legacy of late Ljubisav Ivanov – Dzingo, who wanted SPM to be a strong party of the people, Dimovski said.

The Zaev regime filed charges against two other former agriculture ministers who were nominated by the Socialist Party, as well as against an employee of Ivanov’s Sileks company, in an attempt to intimidate the party and get Sileks owned Sitel TV, Macedonia’s largest TV station, on its side. The latter charge was filed against the son of former Socialist Party member of Parliament Vladanka Avirovic. In an overt case of intimidation of a member of Parliament, Avirovic’s son was released from prison after she agreed to vote in favor of the imposed name change.