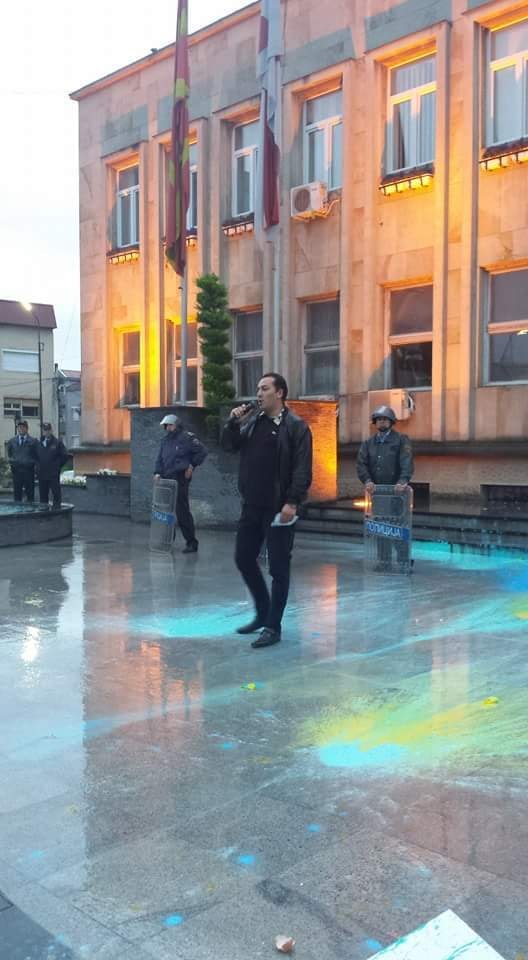 Goran Belevski, a former SDSM party activist in the city of Kavadarci, blamed his old party of persecuting him after he was sentenced to a fine of 3.000 EUR or three months in prison for slander.

Belevski, who was outspoken during SDSM’s 2015 Colored Revolution, thought that he can continue to hold his own party accountable now that it’s in office, but apparently he thought wrong. A month ago, on his Facebook account he wrote that the son of a high level local SDSM official was arrested for violating the curfew, but that he was released after an intervention from the local police commissioner. The police promptly filed charges against Belevski for falsely reporting a crime, and he was sentenced by the local court.

After we brought down one regime, we got another, much worse. I face a fine of 3.000 EUR or three months in prison for a Facebook comment, in which I spoke the truth. This is Stalinism. Let the people decide, Belevski protested after his sentencing, while publishing a photograph from his Colored Revolution protest days.

Kavadarci: Elderly man investigated for trying to rape a minor