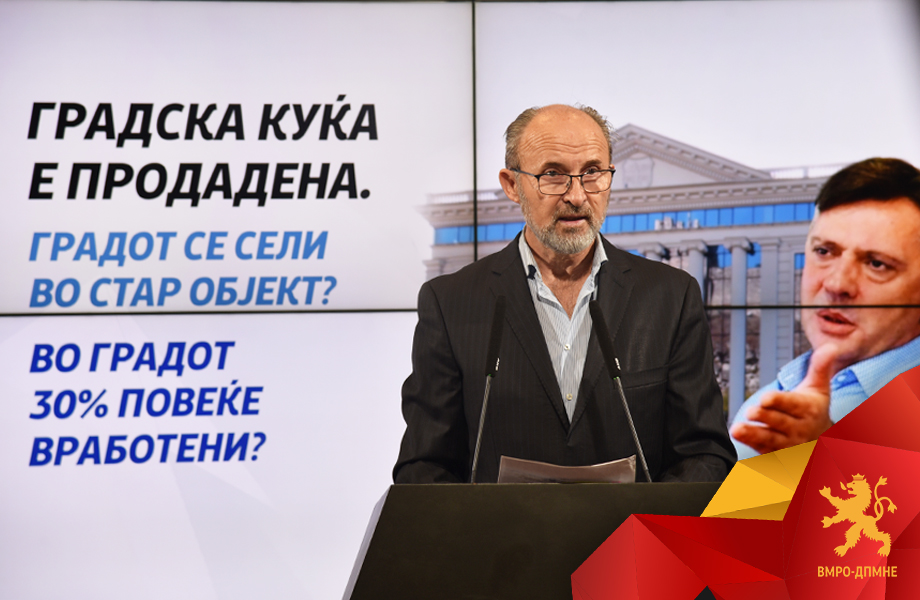 Former Skopje Mayor Koce Trajanovski condemned the decision by current Mayor Petre Silegov to sell the newly built town hall as a big mistake. Silegov announced the sale of the new, still unused building, to the Austrian EVN energy distributor for 12.7 million EUR, and said that he will use the money to find different office space where would finally move the growing city administration which operates from dilapidated barracks built after the 1963 earthquake as a short term measure. 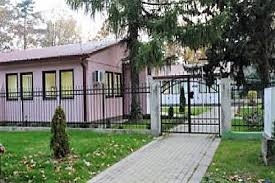 Silegov claims that the new town hall can accommodate only 360 employees, but it was planned for 620. That is 50 percent more than the number of employees the city had in 2017. Maybe it is too small for all the SDSM party activists who Silegov is hiring, and he has grown the administration by 30 percent, said former Mayor Trajanovski during his press conference today.

Two buildings are believed to be picked by Silegov as replacement for tailor made town hall built as part of the Skopje 2014 project. One of them is the ELEM building on the main Macedonia Square, which is partially owned by EVN and also houses the ELEM power management company which has a new office building – also built by the previous Government – ready but still vacant.

The other is the Tehnometal Vardar building, which is in a densely populated part of the city center. Trajanovski pointed out that one of them has no available parking while the other has just 90 places, while the town hall Silegov is selling to EVN, which is located on a broader plot of land underneath the Kale fortress, has ample parking on three levels. 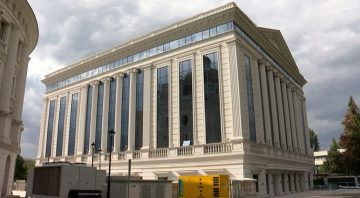 Why are we giving away a newly built town hall for an old building? How much will the taxpayers have to pay to refurbish the newly acquired building, so you can accommodate the additional 150 partisan activists you hired? Under SDSM party management, the city of Skopje sold its heating company. It sold the GTC shopping mall and the Skopje markets company, the lucrative chain of pharmacies and the Butel cemetery. That why the citizens are not surprised by this latest move, SDSM only know how to give away the city property, Trajanovski said.