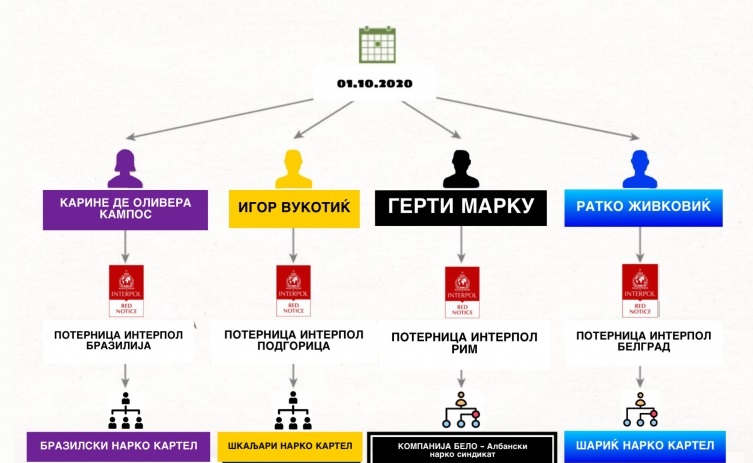 Last year, on October 1, as many as four heads of international drug cartels came to Skopje, were photographed in the premises of the Ministry of Interior, left fingerprints, received new identities and Macedonian passports, MKD analyses.

According to the indictment, on October 1, 2020 in Skopje, Macedonian biometric passports with stolen identities were obtained by the Brazilian Karine de Oliveira Campos, the Montenegrin Igor Vukotic, brother of the leader of the Skaljarski gang, the Serb Ratko Zivkovic, member of Darko Saric’s gang, and the Albanian Marku Gerti, head of an Albanian criminal organization from the “Compania Bello” cartel, for whom a prosecutor in Italy estimates that in three years he has earned 210 million euros from the sale of cocaine in European countries. On October 1, all four were photographed by the now convicted Nazdrie Zekovic, who pleaded guilty, as well as the other defendants in the “Double” case. 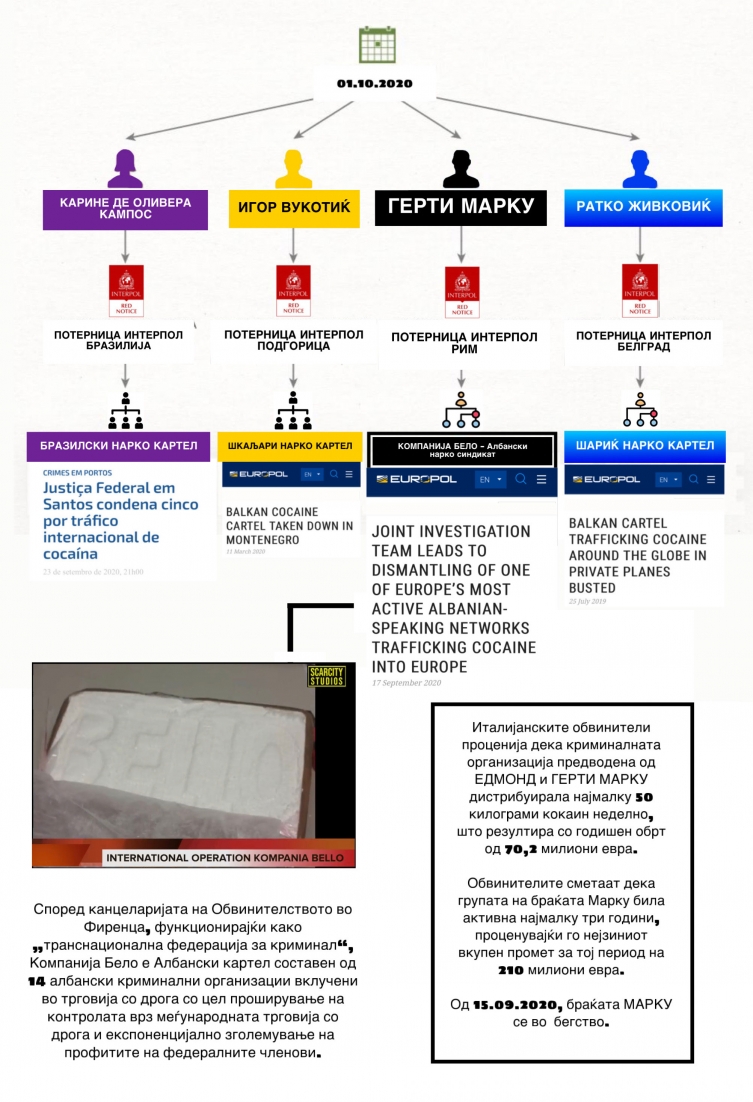 According to MKD analysis, Albanian Marku Gerti (38) came to Skopje to get a passport 15 days after an international police operation was carried out against him and his group in 10 countries and an international arrest warrant was issued by Interpol Rome. Gerti, who is on the run, was photographed and left a fingerprint in Skopje on October 1, 2020 at 5:13 pm in the office of the administrative services of the Ministry of Interior, and on October 21 he personally took the Macedonian passport with a new identity under the name Elton Avdiu.

Three days later, on October 24, 2020, he left the Macedonian border as Elton Avdiu. Today, he is believed to be in Ecuador, South America, and that he is still active in supplying cocaine to the black market in Europe.

As MKD writes, on September 15, 2020, EUROPOL conducted the Los Blancos operation in 10 countries in order to dismantle the Albanian criminal group “Compania Bello”, assessed as one of the most active cocaine supply networks in the European market. The Florence Prosecutor’s Office informs that “Compania Bello” is an Albanian cartel composed of 14 Albanian criminal organizations involved in drug trafficking. These organizations have expanded their control over international drug trafficking and enormously increased the profits of members of the cartel, which operates in Ecuador, the Netherlands, Belgium, Albania and Italy.

In Italy, the Gerti brothers and Edmond Marku are accused of cocaine trafficking from the Netherlands to Italy, Germany and other European countries. Italian prosecutors estimate that the criminal organization led by Gerti and Edmond Marcu distributed at least 50kg of cocaine a week, resulting in an annual turnover of 70.2m euros. The investigation showed that the group sometimes sold up to 50 kilograms a day for 27,000 euros per kilogram. The estimate is that the Marku brothers’ group made a turnover of 210 million euros in just three years. The Marku brothers are on the run, writes MKD.

The Brazilian Karine de Oliveira Campos, left Macedonia under the assumed identity of Violeta Conkova, a Macedonian from Bulgaria. In Brazil, Campos is wanted for a series of cocaine shipments. In an operation of the Brazilian special police forces in Santos, 7 million dollars earned by drug trafficking were seized, some of which were hidden in walls. 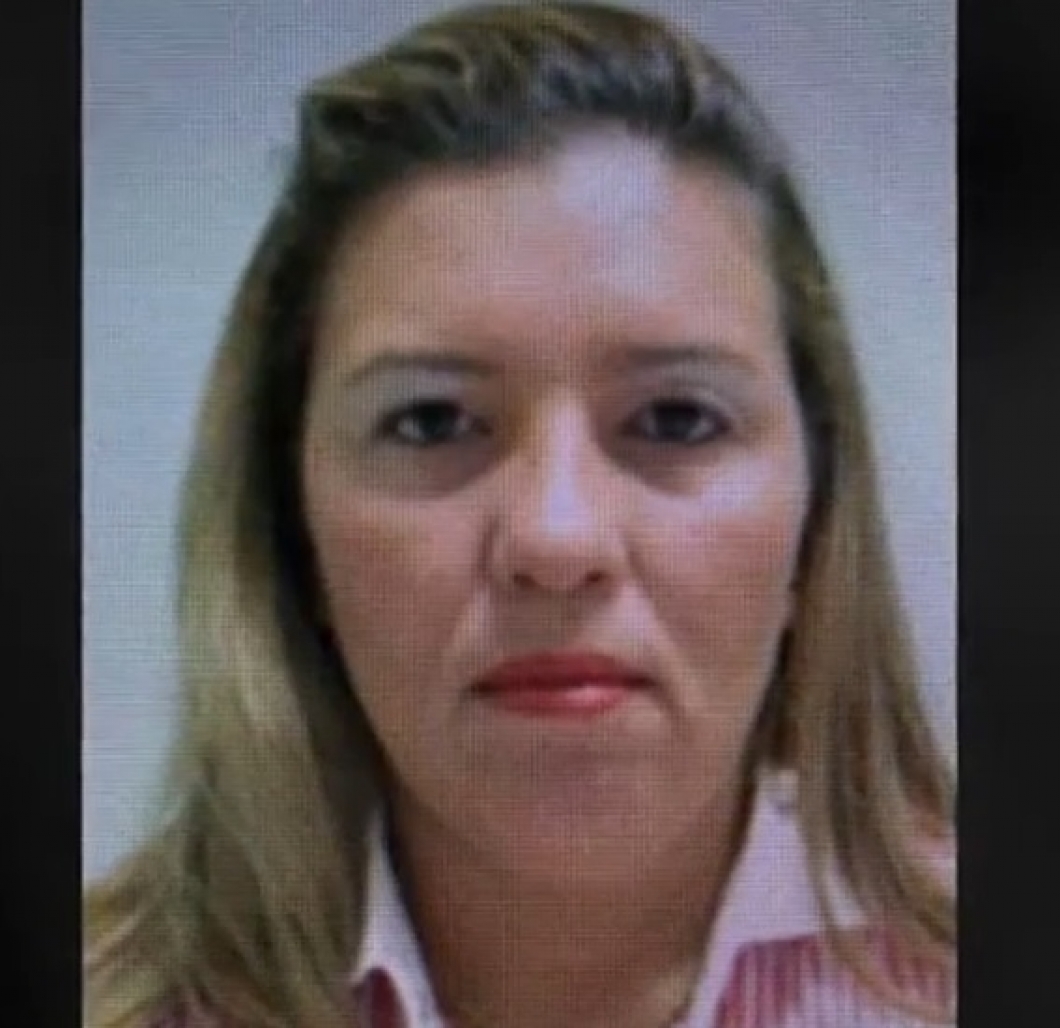