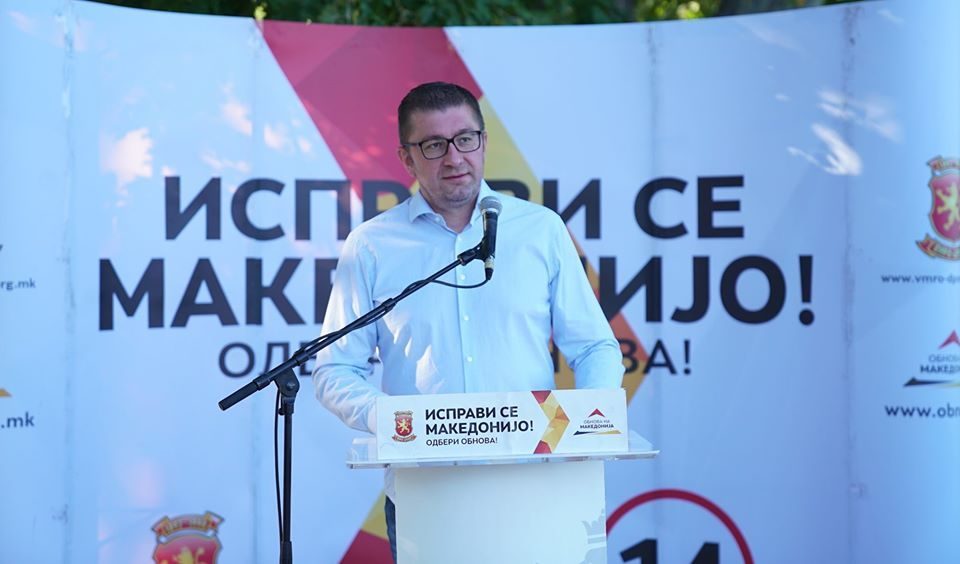 The election campaign ahead of July 15 early parliamentary polls is coming to an end. Political parties resumed Wednesday evening campaign, promising non-selective and transparent justice, economic development, involvement of the young people in all social processes. They urge people to strictly adhere to health safety protocols and to go to the polls on July 15.

SDSM leader Zoran Zaev told citizens in Prilep on Wednesday that our country was now recognized by the whole world. Strategic goals were achieved, our identity and language were recognized throughout the world, the economy had gone up.

The president of the opposition VMRO-DPMNE Hristijan Mickoski and the Coalition “For the Renewal of Macedonia” were in Dojran, Bogdanci, Valandovo and Gevgelija on Wednesday.

In these elections, we decide the future of our Macedonia in a year from now. I’m convinced in the decisiveness and courage of each and every citizen to stand up against SDSM led by Zoran Zaev, VMRO-DPMNE leader Hristijan Mickoski told citizens of Bogdanci on Wednesday.

I won’t be talking about all that happened in the past three years, because each of you has felt it, each of you feels humiliated. SDSM hasn’t won parliamentary elections for 18 years, and the same will happen in these elections as well, Mickoski said.

According to him, if the SDSM/Besa coalition gets the opportunity to form a government, federalization and eventual destruction of Macedonia will follow.

Everyone who’ll go to the polls and vote for Zoran Zaev on July 15, needs to know that this time they would be voting for the destruction of Macedonia. I’m sure it won’t happen, I can feel it, this time people are determined to go to the polls first thing in the morning on July 15 and vote number 14, Mickoski said.

DUI leader Ali Ahmeti said last night in Gostivar that the citizens will vote for DUI. He said he was committed to vetting process for officials and in social life. He assessed that as a party they have realized a large part of the programme, adding that he never hesitated to be accountable on the achievements.

Alliance for Albanians leader Zijadin Sela told the citizens of Kicevo that the citizens have decided for a political change.

My motivation is Albanians to stay in the country. You will vote on July 15, and we will bring the changes, Sela said.