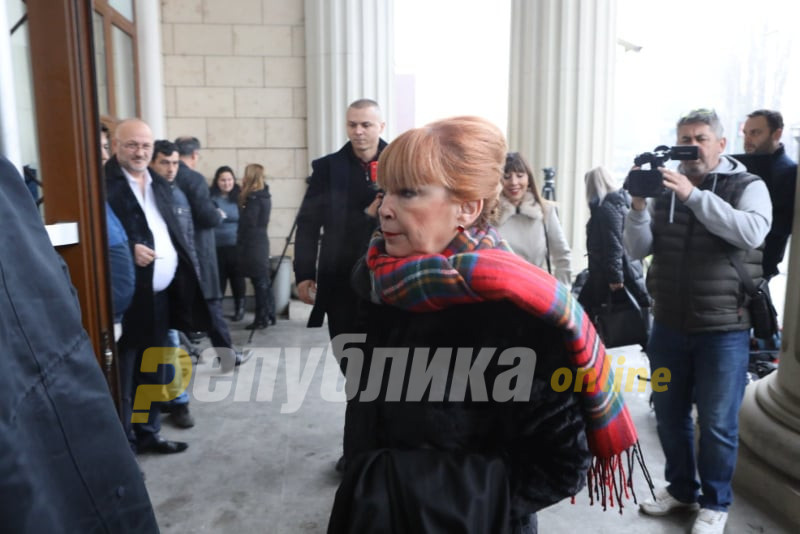 Amounts of 12, 5, 18 and 24 million denars were withdrawn several times in December 2018 and February 2019 from Kamcev’s private accounts, testified an employee of Orce Kamchev at Tuesday’s “Racket” hearing.

Witness Mirjana Boskovska, an employee at “Orka Holding”, said that in December 2018 and February this year larger amounts from the Kamcev family’s private accounts had been withdrawn several times.

In December there were 12 million denars, five million and just over five million. I exchanged them in euro in exchange offices. In February I withdrew 18 million and 24 million denars from the accounts of Kamcev’s sister and mother. With security I went to the exchange office and changed them in euros. Then I took them to Kamcev’s home and there together with Kamcev I arranged for the money and made a specification, after which I left, witness Boskovska said.

Asked by Boki 13 in what she brought the money to Orce Kamcev’s home, the witness said in two sports bags.

Asked by Katica Janeva’s defense, the witness said she did not made a specification about the funds withdrawn in December.

We made a specification together with Orce Kamcev only in February, said Boskovska.

The next hearing in the “Racket” case is scheduled for December 25, when four witnesses are due to be heard.