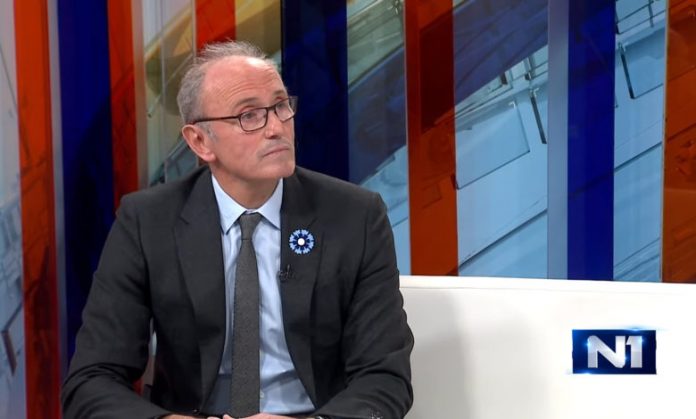 French Ambassador to Serbia Jean Louis Falconi told the N1 television that Macedonia and Albania have more work they need to do before opening EU accession talks. He assured the public that France will allow the opening of accession talks once these reforms are completed, but also that full membership will be linked to reforming the EU.

These countries worked hard, especially with the signing of the Prespa treaty. But the issue of specific reforms, the case of the Special Prosecutor’s Office in Macedonia, the reform of the judiciary in Albania, were not met. Maybe some of our partners in the EU believed that despite it all the talks should begin. President Macron wanted to have a coherent position, to say that there are conditions before you join the EU, they apply for Serbia too and the rest, and there are no deviations here. The countries need to respect and implement the reforms, Ambassador Falconi told N1.

He also criticized a comment from US diplomat Matthew Palmer, who called the French decision a “historic mistake”.

I believe that the term ‘historic mistake’ is wrong. It does not fit the situation. This is a stage in the enlargement talks which should lead to EU membership. Palmer is an excellent expert on the Balkans, but he is obviously not an expert on the EU or on the way it reaches its decisions, Falconi said.

His comments come as French President Macron gave a blunt interview with the Economist, in which he declared NATO a “brain-dead” organization and called on the EU to rely on itself more, as it is “on a precipice”. Macron said that while the Balkan countries may begin their accession talks, full membership will have to wait until the EU has deepened the relations between its existing members.

Macedonian ambassador to NATO to be appointed by London Summit

New US Ambassador Kate Byrnes presents her credentials to Pendarovski