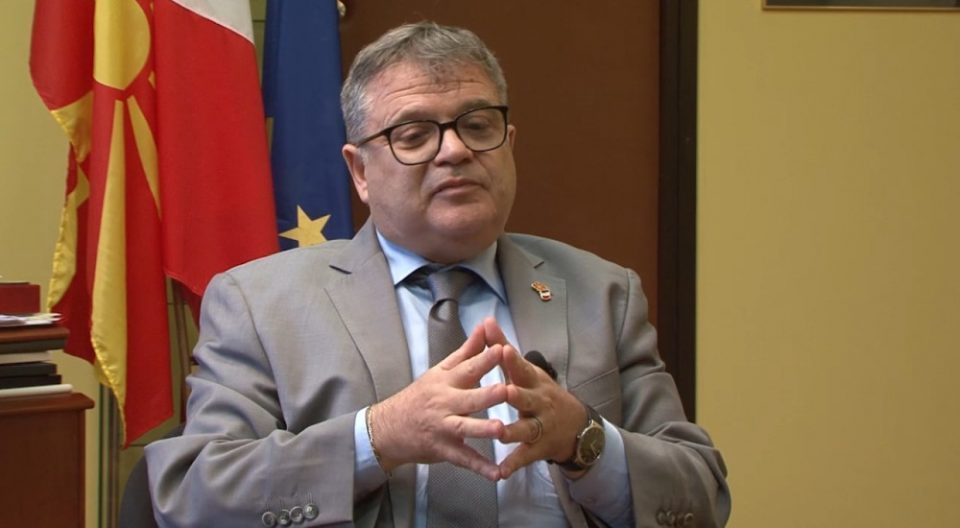 French Ambassador to Macedonia Christian Thimonier called for an urgent response from the judiciary with regard to the growing corruption scandal revolving around Special Prosecutor Katica Janeva. This is the latest in the series of such calls from Thimonier, which has prompted concerns that Macedonia may be rejected in its request to open EU accession talks, given French pre-existing skepticism.

All necessary steps need to be taken in the shortest possible time, so that assurances are made that a credible investigation is being conducted, without concern whether those involved have high positions. It needs to be shown that the time for impunity is over, Thimonier said in an interview with TV24, while calling for a trial that would put all the issues to rest.

The investigation is mired for three weeks, after the initial arrest of Bojan Jovanovski – Boki 13 and Zoran Mileski – Zoki Kicheec, who likely acted as mere intermediaries and bag-men for the more powerful politicians and prosecutors extorting money from businessmen.

Ambassador Thimonier acknowledged that Macedonia’s case is now “less firm” compared to what it was before the scandal.

Time goes by quickly and there is not much of it left till October, when credible results need to be shown. It is necessary that the Government and the opposition find a way toward a more stable dossier for the country, so we could say that, while there are some problems with the rule of law, there is still the necessary will to act and not just declare intent. A will that would deserve the opening of chapters 23 and 24 from the accession talks, the Ambassador added.

He insisted that it is up to Macedonia to prove that it has a dossier that is credible enough for it to demand the opening of EU accession talks.

While recent EU and US visitors to Macedonia completely ignored the scandal, a US diplomat followed up with a request similar to that made now by Thimonier.

Croatian “Jutarnji List” published an analysis of the political situation in and around Macedonia, and the threat of a Bulgarian veto. Macedonia hopes to finally open EU accession talks by the end of the year, but Bulgaria has a list of historic and national identity concessions it wants...
Macedonia 23.09.20 | 12:25